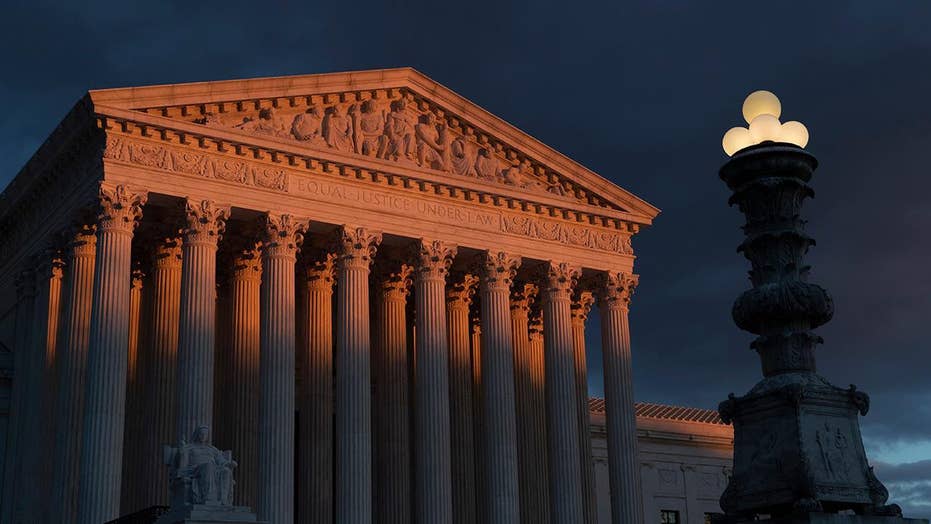 The Supreme Court is set to hear arguments about reinstating a citizenship question on the U.S. census; Doug McKelway reports from Washington.

The Supreme Court’s conservative justices signaled possible support Tuesday for the Trump administration’s bid to ask about citizenship on the 2020 census, during a high-stakes argument where partisan lines were quickly drawn.

While the liberal justice peppered the government with questions about the plan, the conservative justices were mostly silent during arguments, in a sign the conservative majority could hold in the administration's favor in the closely watched case.

NAPOLITANO ON CENSUS: ‘THE ONLY QUESTION YOU ARE OBLIGED TO ANSWER IS THE TOTAL NUMBER OF PEOPLE WHO LIVE THERE’

At issue is the level of discretion Secretary of Commerce Wilbur Ross -- who oversees the U.S. Census Bureau -- has to change information contained in the once-a-decade population count.

Three federal courts have blocked the Commerce Department from adding the citizenship question, ruling that Ross violated federal law in the way he went about trying to include the question for the first time since 1950.

It is a major fight over executive power with stark implications for the fight over immigration, and for national elections. Critics say adding the question would discourage many immigrants from being counted. How the justices rule could affect how many seats states have in the House of Representatives and their share of federal dollars over the next 10 years.

The 85-minute oral argument Tuesday grew testy at times, with several on the bench interrupting counsel repeatedly, and others offering lengthy explanations of their legal positions. 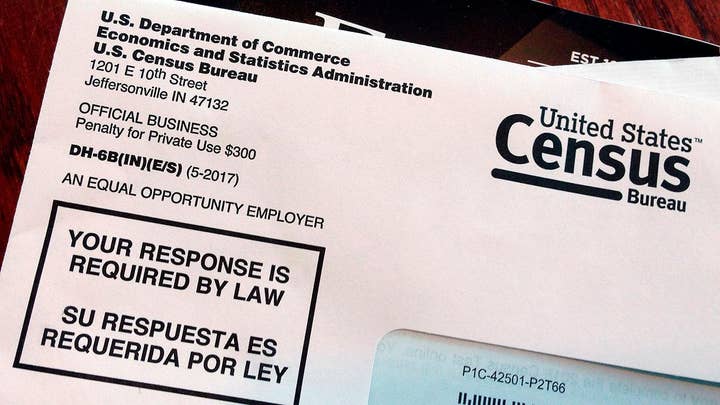 Justice Sonia Sotomayor said there was "no doubt" many in the immigrant community would be discouraged from participating.

"This is about 100 percent that people will answer less," she said. "It's an action by the government that will be a cause of this, not proximate necessarily, but that cause will cause harm."

But several justices on the right questioned whether the citizenship question alone would cause an inaccurate census, saying the survey routinely asks a range of questions on the form, beyond the number of people in a household.

"The principal purpose is to count the population, but we've had demographic questions on the census," said Chief Justice John Roberts. "Sex, age, things like that."

A coalition of states led by New York, along with several cities, and civil liberties groups brought the legal challenge before the high court, and federal judges around the country have ruled against the administration.

The federal government and 17 other states say it is needed to help enforce the Voting Rights Act.

One of the foundational requirements of the federal democracy, the census holds enormous political, social and economic weight. The makeup of Congress and other elected offices, as well as the distribution of taxpayer funds, are directly determined by the population count, and the numbers offer a broad canvas into the nation's racial, regional and cultural identity.

The Constitution's Article I, Section II requires a count of the population every 10 years, "in such Manner as they [Congress] shall by Law direct."

Federal law requires people to fill out the census accurately and completely.

"It did really seem like the secretary was shopping for a need," said Justice Elena Kagan. "So you can't read this record without sensing that this need is a contrived one."

"This is a solution in search of a problem," added Sotomayor.

Justice Ruth Bader Ginsburg pressed Francisco on why the citizenship question was dropped after the 1950 census.

"There was nothing in 1960 to the effect that the Census Bureau found that putting it on the short form would depress the count of non-citizens?" she asked. "Nothing like that?"

Several conservative justices questioned the accuracy of administrative records that could be used to ensure a more accurate count, instead of a direct citizenship question.

"What jumps out is the fact that citizens and non-citizens differ in a lot of respects other than citizenship," said Justice Samuel Alito. "They differ in socioeconomic status. They differ in education. They differ in language ability. So I don't think you have to be much of a statistician to wonder about the legitimacy of concluding that there is going to be a 5.1 percent lower response rate because of this one factor."

Roberts and Justice Brett Kavanaugh suggested if lawmakers were so concerned, they could change the law.

"Why doesn't Congress prohibit the asking of a citizenship question in the same way that Congress has explicitly provided that no one can be compelled to provide religious information?" said Kavanaugh. "The statute that Congress has passed gives huge discretion to the [Commerce] secretary how to fill out the form, what to put on the form."

And Justice Neil Gorsuch said many countries and the United Nations include citizenship questions in their counts.

In an unusual arrangement, the Democratic-led House of Representatives was given time to argue against adding the citizenship question.

A lawyer for the House thanked the justices for the privilege, on behalf of House Speaker Nancy Pelosi, D-Calif.

The case is Department of Commerce v. New York (18-966). A ruling is due by late June, and the deadline is tight, to ensure the census forms -- whether amended or not -- are printed and distributed in time.