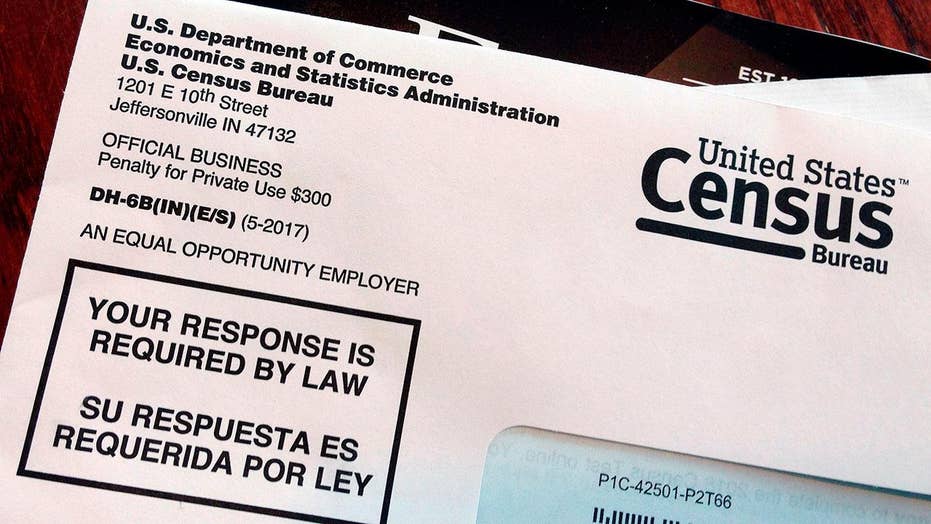 Judge ruled the question violates law that requires census count everyone in U.S.

President Trump blasted "radical" Democrats who have pushed back against his administration's bid to include a citizenship question on the 2020 census.

“Can you believe that the Radical Left Democrats want to do our new and very important Census Report without the all important Citizenship Question. Report would be meaningless and a waste of the $Billions (ridiculous) that it costs to put together!” the president tweeted Monday morning.

The Trump administration moved to add the question to the 2020 census. But it's faced opposition from Democrats who argue it would make immigrants less likely to respond to the constitutionally mandated tally and therefore render it less accurate.

The question has been caught up in litigation in federal courts, where lower courts have ruled the administration's haste to include the question violated federal law and the Constitution.

To Republicans, the additional census question is perfectly logical. But Democrats are up in arms, saying the inclusion of such a question amounts to an effort to intimidate immigrant communities and siphon money and electoral power away from them.

“This is a craven attack on our democracy and a transparent attempt to intimidate immigrant communities,” Perez said in a statement. “The census is a constitutionally-mandated count of all U.S. residents, not a political tool for Donald Trump to push his agenda and disempower Latinos and other people of color.”

Perez alleged that adding the citizenship question not only allows Trump and Republicans to stoke “fear” in an attempt to make immigrant communities “invisible,” but are “guaranteeing an inaccurate count that lays the groundwork for sustained racial gerrymandering and jeopardizes critical resources for communities across the country.”

Census counts are taken by mail and by workers going door to door. The Census Bureau said that the 2010 census drew a massive response, with about 74 percent of households mailing in forms, and the remaining households counted by workers in neighborhoods.