The Tennessee Republican senator is reportedly listening closely to urging from his fellow lawmakers amid internal polling showing that Rep. Marsha Blackburn could lose the seat in November.

Tennessee Sen. Bob Corker is “listening” amid encouragement from some Republicans to rethink his decision not to run for re-election this year, according to a spokesman for the GOP lawmaker.

“In recent days, people across Tennessee have reached out to Senator Corker with concerns about the outcome of this election because they believe it could determine control of the Senate and the future of our agenda," Micah Johnson, a Corker spokesman, told Fox News. "The senator has been encouraged to reconsider his decision and is listening closely.”

Corker has recently had conversations with the White House and his Republican colleagues in the Senate about the possibility of reversing his decision to retire, Fox News has learned. But those close to Corker acknowledge he would need to move swiftly to jump back into campaign mode. The filing deadline in Tennessee is April 5.

Other Republicans, including the conservative Tennessee Rep. Marsha Blackburn, have already been campaigning for the position.

There are concerns, though, from some Republicans that Democrats would have a decent shot at flipping the seat: One recent poll, conducted by Republican pollster Glen Bolger and obtained by Fox News, shows Democrat Phil Bredesen with 47 percent to Blackburn’s 45 percent in a hypothetical matchup. The GOP currently holds a slim 51-49 majority in the Senate.

Others have made the argument to Corker, the chairman of the Senate Foreign Relations Committee, that his foreign policy knowledge is critical, with Arizona Republican Sen. John McCain in poor health and House Foreign Affairs Chairman Ed Royce, a Virginia Republican, retiring this year.

The Blackburn campaign is strongly pushing back, with spokesman Andrea Bozek telling Fox News, “Anyone who thinks Marsha Blackburn can’t win a general election is just a plain sexist pig.” 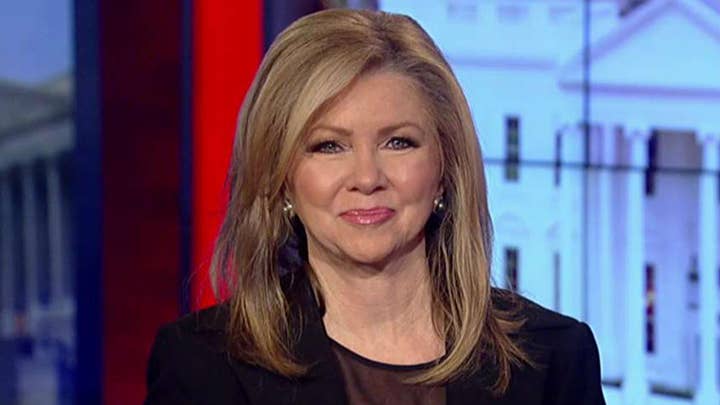 “She’s the best fundraiser in the country and is beating Phil Bredesen in several polls,” Bozek said. “We aren’t worried about these ego-driven, tired old men. Marsha has spent her whole life fighting people who told her she wasn’t good enough and she will do it again.”

A poll released in December by a political action committee supportive of President Trump had Blackburn ahead of Bredesen 43 percent to 34 percent. Influential conservative players, like Club for Growth and the Koch political network, have also indicated they would stick with Blackburn even if Corker runs.

Corker memorably feuded with Trump after his retirement announcement last year. At one point, Corker called Trump an “utterly untruthful president” and tweeted “#AlertTheDaycareStaff.” Trump claimed Corker "begged" him for an endorsement before dropping out of the race.

Sources close to Corker, though, say his relationship with Trump has since improved, and that he is in frequent contact with Chief of Staff John Kelly, National Security Adviser H.R. McMaster and Secretary of State Rex Tillerson.