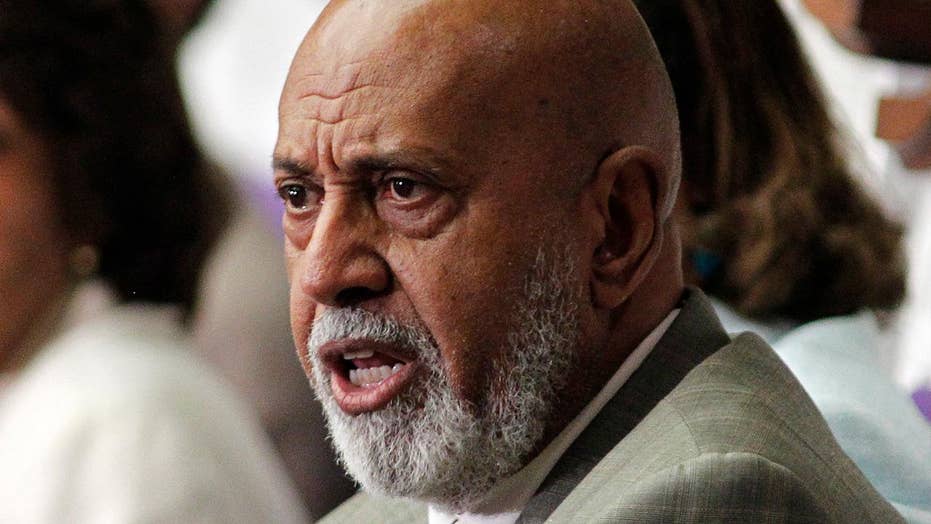 The Treasury Department paid $220,000 to settle a lawsuit brought by a former congressional staffer alleging sexual harassment by Rep. Alcee Hastings, D-Fla., it was reported Friday.

According to Roll Call, which cited documents related to the case, Winsome Packer alleged that Hastings touched her inappropriately and made unwanted sexual advances. On one occasion, Packer said Hastings asked her what kind of underwear she was wearing.

The former Republican Hill staffer alleged that the harassment occurred while she worked for the Commission on Security and Cooperation in Europe (CSCE), also known as the Helsinki Commission. The commission, which helps shape U.S. policy in Europe, includes nine members of the House and nine members of the Senate. Hastings, 81, is one of the commission's ranking members.

In a statement, Hastings said had not seen the settlement agreement between Packer and the CSCE until the Roll Call report came out.

"At no time was I consulted, nor did I know until after the fact that such a settlement was made," Hastings said. "I am outraged that any taxpayer dollars were needlessly paid to Ms. Packer."

Roll Call reported that Packer sued Hastings and the CSCE in 2011 under a federal statute that allows individuals to seek damages from federal officials for civil rights violations. Hastings' name was dropped from the lawsuit the following year after he argued that the statute did not apply to members of Congress.

The House Ethics Committee conducted a separate investigation into Hastings, which it closed in December 2014. The committee concluded that Hastings "did admit to certain conduct that was less than professional," but the most serious charges against him "were not supported by evidence."

The claim against Hastings came to light on the same day that Rep. Trent Franks, Ariz., announced he would resign from Congress with immediate effect. Franks' resignation followed a claim by a former aide that the congressman repeatedly asked her to carry his child, at one point offering her $5 million to do so.