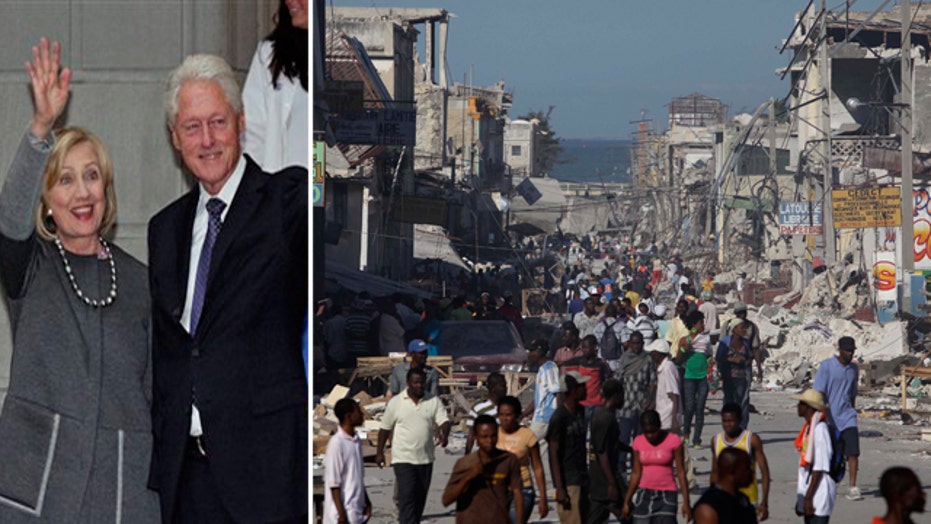 Clinton assured the Haitian people that, "the United States is a friend, partner, and a supporter."

The government of Haiti set up the IHRC -- the Interim Haiti Recovery Commission -- to coordinate the nation's recovery.

Former President Bill Clinton was named co-chair of that committee. He expressed hope that the island nation would be, "rebuilt in a much stronger, much sustainable way. I think the Haitians want that."

But Peter Schweizer, author of the new book "Clinton Cash," that investigates the tangle of money, politics and personal interest that has come to characterize the Clintons' interactions around the world, says that: "What quickly became apparent to many people was that if you ... wanted to do business in Haiti, you had to have relationships with a Clinton. That was absolutely key."

Perhaps the most celebrated project of all was Caracol Industrial Park.

Its grand opening was as glitzy as a Hollywood premiere.

The anchor tenant of Caracol Industrial Park is a Korean manufacturer who is also a big Clinton supporter.

And then there was Digicel. It helped create a system to transfer money via cell phones. In the six months running up to September 2012, it took in more than $50 million in revenue in Haiti.

Digicel is run by Irish billionaire Denis O'Brien. He set up lucrative speeches for Bill Clinton and donated millions of dollars of his own money to the Clintons' foundation.

There was also a plan to raise money by exploiting Haiti's rich mineral wealth.

One company that got a rare gold permit was VCS mining. It didn't actually have much mining experience, but it would soon have Hillary Clinton's brother, Tony Rodham, on its board.