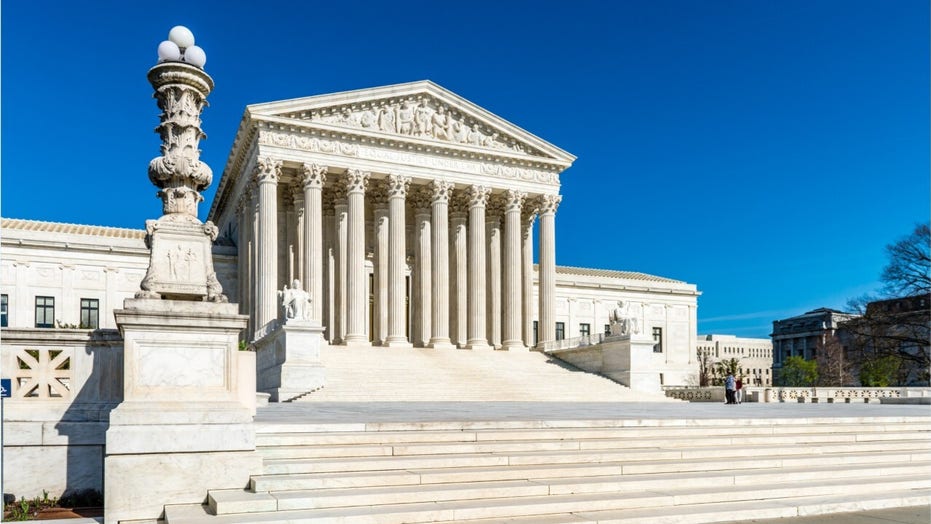 Supreme Court postpones March oral arguments over coronavirus concerns. This is the first health crisis-related delay for such proceedings since the Spanish flu a century ago.

The Supreme Court announced Monday that it will postpone oral arguments for its March session due to concerns over the coronavirus outbreak -- marking the first health crisis-related delay for such proceedings since the Spanish flu a century ago.

Those arguments include cases scheduled to come before the court on March 23-25 and March 30-April 1.

A press release from the high court said the justices will hold their regular conference on Friday and issue their order list on Monday, though the release said "some Justices may participate remotely by telephone."

The Supreme Court is putting off the oral arguments scheduled for its March session, but will still be open for business. This is the first time the court has postponed its oral arguments since the 1918 Spanish flu outbreak. (AP Photo/J. Scott Applewhite)

WHO ARE THE 9 JUSTICES ON THE SUPREME COURT

The Supreme Court building was already closed to the public last week, and it will remain open for business even as the oral arguments -- which see the justices, several of whom are senior citizens, packed in the courtroom with hundreds of lawyers, activists, members of parties and journalists -- are postponed. Filing deadlines will not be extended, according to the Supreme Court's news release.

With the peak of coronavirus spread in the United States not yet in sight, it is unclear when the delayed cases will be heard or if more could be postponed down the road.

The cases affected by the postponement will include three cases involving access to President Trump's financial documents for the House Ways and Means Committee and the Manhattan District Attorney's Office, which were scheduled for argument on March 31.

Also on hold are a case regarding military prosecution of rape, a trademark case, a high-profile copyright case between tech giants Google and Oracle, a lawsuit by three Muslims who were put on the "No Fly List" after refusing to inform to the FBI, a case on the composition of Delaware's state courts, a case on international funding to fight HIV, a Fourth Amendment case, a deportation case and a case on religiously-based discrimination.

According to the court, the last time the Supreme Court postponed oral arguments due to a health crisis was 1918 as the Spanish flu, which sickened U.S. President Woodrow Wilson at the time, afflicted the United States.

The court also reduced its oral arguments in 1793 and 1798 due to yellow fever fears.