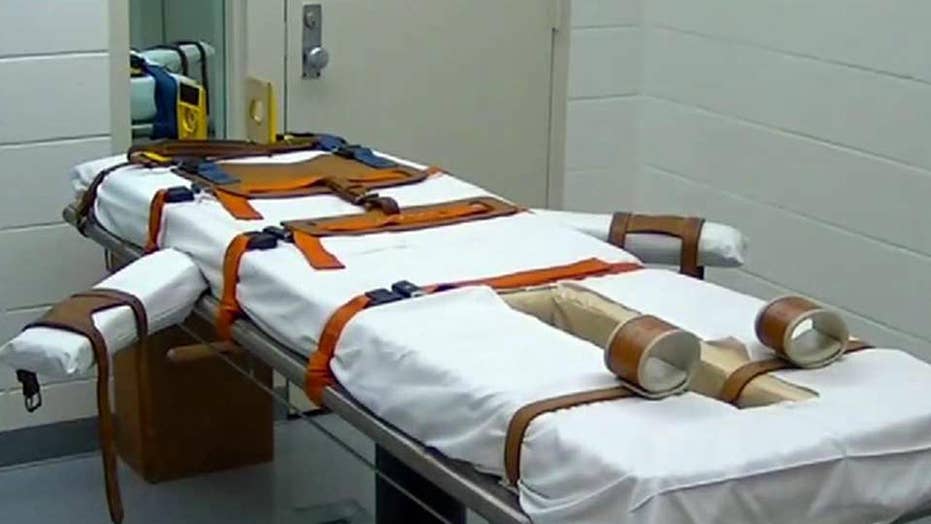 Arkansas vows to keep pushing for executions amid legal bout

The Supreme Court rejected Arkansas’ request to lift a stay late Monday that would have allowed the state to conduct its first execution since 2005.

Justices turned down Arkansas Attorney General Leslie Rutledge’s request to vacate a stay for Don Davis, who was set to die Monday night by lethal injection. It is the second time in seven years Davis has come within hours of execution before the courts intervened.

Arkansas had planned to execute eight inmates before the end of April, when one of its lethal injection drugs expires.

Gov. Asa Hutchinson said in a statement he was disappointed by the Supreme Court’s decision. But the Republican governor said he was heartened by other court rulings earlier Monday that could pave the way for the state to execute several more inmates before the end of the month.

“While this has been an exhausting day for all involved, tomorrow we will continue to fight back on last minute appeals and efforts to block justice for the victims' families,” Hutchinson said.

Rutledge noted that there are five upcoming executions "with nothing preventing them from occurring."

Davis and Ward wanted stays of execution while the U.S. Supreme Court takes up a separate case concerning access to independent mental health experts by defendants. Oral arguments in that case are set for April 24 – putting a serious time constraint on Arkansas, which is trying to fast-track the lethal injections before one of the three key execution drugs expire on April 30.

A federal judge on Saturday temporarily blocked plans by the state to push through the executions, claiming that Arkansas’ rush to execute is reckless and unconstitutional. In response, Rutledge said all the issues being raised previously had been dealt with and claimed it was a stalling tactic.

The inmates are all convicted murderers, including one found guilty of raping and murdering a mother of two and another convicted in the torture-killing of a 15-year-old boy.

The unprecedented pace of executions sought by the state stems from a practical dilemma – its supply of midazolam, one of three drugs used in its lethal injection procedure, is set to expire at the end of the month. Since 2013, at least four botched executions have been traced back to midazolam.

The executions had originally been expected to start on Monday. But even before the federal judge decision over the weekend, a state judge on Friday blocked the use of one of the drugs used in the three-drug lethal cocktail after a complaint from a drug distributor -- though the company said Saturday it was withdrawing its complaint due to the federal order.