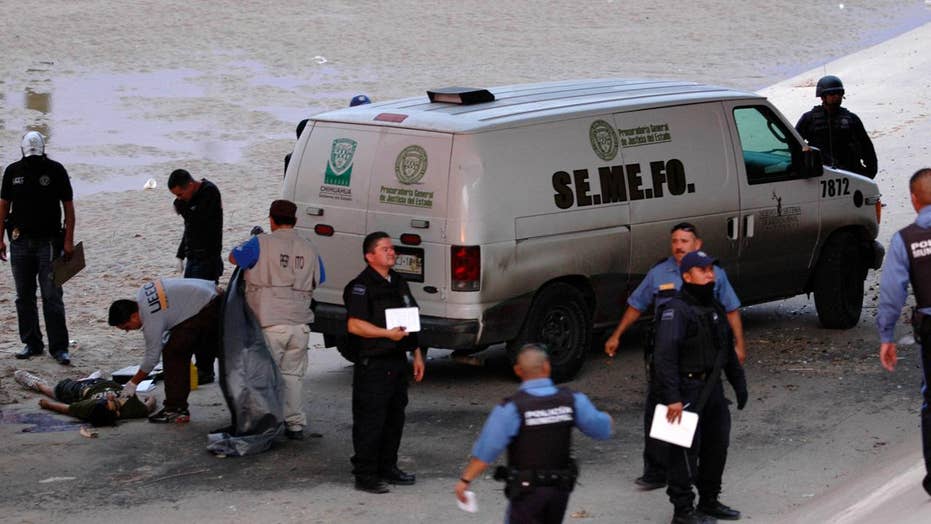 The Supreme Court expressed sympathy Tuesday for the family of a Mexican teenager fatally shot from across the U.S.-Mexico line by a Border Patrol agent, but struggled to reach consensus on whether foreign nationals – like the teen’s relatives – can sue in American courts.

The divisions were on display during oral arguments for what has become a closely watched case, amid an escalating political debate in Washington over border security. The arguments were held the same day the Department of Homeland Security released new directives on immigration enforcement, and after a lower federal court blocked a separate executive action from President Trump on immigration and refugee restrictions.

Apart from renewed interest in the court’s consideration of immigration disputes, the case heard Tuesday also could have implications for other U.S. government actions taken overseas -- including military drone strikes against suspected terrorists, and electronic surveillance over the Internet.

In the current dispute, 15-year-old Sergio Hernandez was just steps from the border on Mexican soil when he was killed in 2010 by Jesus Mesa Jr., an agent standing on the American side in El Paso, Texas.

The federal agent was not prosecuted, and the U.S. refused to extradite him to Mexico. The victim's family says a civil action is now their only recourse for justice.

The issues for the court are whether the officer enjoys immunity from such claims of excessive force, and whether the victim enjoyed limited constitutional protections, even though he was not a U.S. citizen.

During a spirited, 70-minute public session at the high court, the eight justices appeared divided over just what kind of violations by the U.S. government against foreigners merit legal action, and whether courts should even get involved.

"This is one of the most sensitive areas of foreign affairs where the political branches should discuss with Mexico what the solution ought to be," said Justice Anthony Kennedy. "This an urgent matter of separation of powers for us to respect the duty that the principle rule the executive and the legislative have with respect to foreign affairs."

But Justice Sonia Sotomayor wondered, "Why should there not be a civil remedy to ensure that border police are complying with the Constitution? … Wouldn't shooting potshots at Mexican citizens be shocking to the conscience?"

Both sides in the shooting incident offer differing accounts of what happened in June 2010, when Hernandez and three of his friends were spotted hanging around a concrete culvert along the Rio Grande waterway separating the two countries.

Video shot on a phone by a civilian shows the agent shooting Hernandez as the unarmed boy peeked out from behind a railroad trestle, 60 feet away.

Mesa's lawyers and supporters say unreleased surveillance video shows the agent was under threat from rocks being thrown at him, and that he acted appropriately.

While Mesa was never prosecuted, other border agents have been in separate incidents, including Lonnie Swartz for second-degree murder in the 2012 death of a 16-year-old Mexican boy. The agent has pleaded not guilty and his trial is pending.

An outside report commissioned by U.S. Customs and Border Protection faulted the agency for not fully investigating 67 shootings incidents from 2010-2012.

Immigration rights activists in particular have criticized incidents along the often-unmarked border, which Justice Elena Kagan called a "no-man's land"-- where determining what happened and where can prove challenging.

Both sides agree had Hernandez been on U.S. soil at the time of the shooting -- even illegally -- the agent could be sued in civil court.

But Justice Ruth Bader Ginsburg said the real issue here concerns the actions of the agent himself.

But Chief Justice John Roberts repeatedly urged lawyers for Hernandez's family to offer a standard on just when such claims can be pressed, offering a contemporary hypothetical.

"How do you analyze the case of a drone strike in Iraq where the plane is piloted from Nevada?" he asked.

Given the competing arguments at Tuesday's public sessions, the court may find it difficult to articulate a clear standard even for similar cases occurring within shooting distance of the border. A 4-4 tie would not create any precedent, but would stop the Hernandez lawsuit from proceeding.

The family's lawyer said after the arguments that the Trump administration's controversial immigration policies make it imperative the courts step in.

"It intensifies the danger if there is no Constitution when the border agents interact with the folks they are trying to deport," said Robert Hilliard. "There is going to be more of a need to have the executive's conduct reviewed by the judiciary. Right now there is no checks on the executive. There's no separation of powers."

But the attorney for the border agent told Fox News that, if his side loses, public safety could be compromised if agents feared being subjected to lawsuits. "I think it would create a chilling effect for all those protecting our borders and our national security in times of critical incidents on when to act and when to protect themselves in times of peril," Randolph Ortega said.

Trump’s nominee to fill the vacancy on the court, Neil Gorsuch, is still awaiting his confirmation hearing in the Senate.