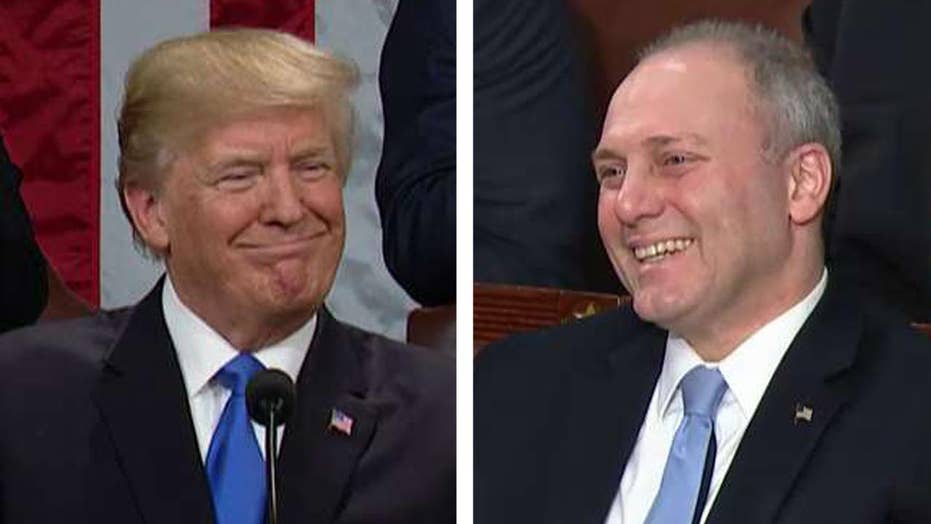 Trump uses his State of the Union address to acknowledge 'one of the toughest people ever to serve in this House,' calls on lawmakers to set aside differences, seek out common ground and deliver for the American people.

Scalise, who was one of the five people shot during a Congressional baseball practice on June 14, 2017, received a standing ovation.

"Some trials over the past year touched this chamber very personally," Trump said. "With us tonight is one of the toughest people ever to serve in this House -- a guy who took a bullet, almost died and was back to work three months later."

The Louisiana congressman rose to his feet and gave the president a salute.

Trump then thanked the Capitol police officers, the Alexandria Police, and the doctors, nurses and paramedics who saved the lives of those on the field that day.