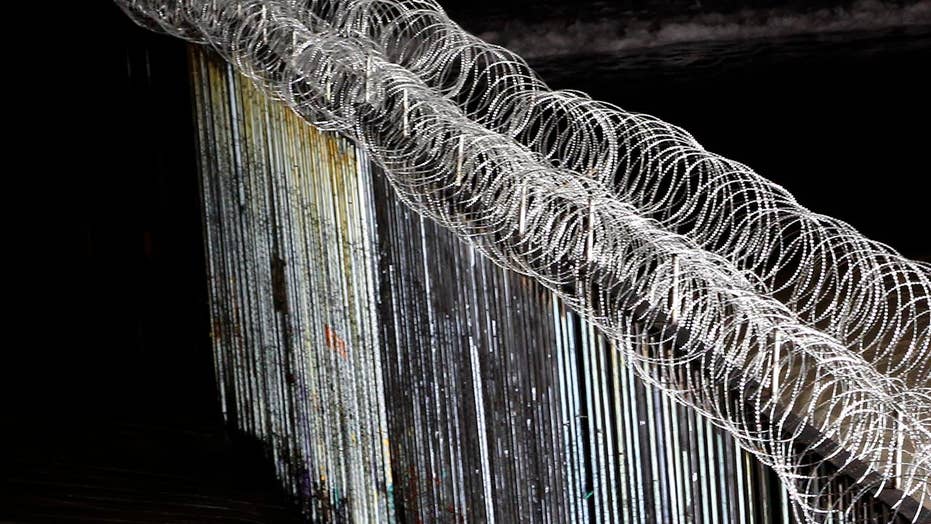 McCarthy also vowed that the Republican response will make clear that the GOP leadership, unlike the new House Democratic majority, is willing to take a stand against what he characterized as hateful and bigoted comments by rank-and-file members of the party.

King, 69, was already under fire from Republicans for aligning himself with a white nationalist politician and making a series of racially charged remarks when he made the head-turning comment in an interview published last week.

“White nationalist, white supremacist, Western civilization — how did that language become offensive?” King told The New York Times. “Why did I sit in classes teaching me about the merits of our history and our civilization?”

In a statement after the article was published, King insisted that he rejected what he called the "evil ideology" of white nationalism and supremacy, and reiterated that he considers himself a "nationalist" who supports the values of "Western civilization."

But McCarthy, R-Calif., told CBS News' "Face the Nation" that he has a "scheduled meeting" with King on Monday, and that "action will be taken."

"That language has no place in America -- that is not the America I know, and it's most definitely not the party of Lincoln," McCarthy said.

The House minority leader then took a shot at Democratic leaders, including House Speaker Nancy Pelosi, who refused to condemn Michigan freshman Democratic Rep. Rashida Tlaib for making what Republicans charged was an anti-Semitic slur. Tlaib, who accused some Republicans of having a "dual loyalty" to Israel, had called Trump a "motherf--er" just days earlier -- also without drawing condemnation from Pelosi.

GOP leaders have also criticized Democrats for continuing to back former Minnesota Democratic Rep. and Democratic National Committee (DNC) deputy chair Keith Ellison, who became the state's Attorney General earlier this year despite being accused of domestic violence. Ellison said his ex-girlfriend fabricated the accusations, even as Democrats argued that now-Associate Justice Brett Kavanaugh's accusers should be believed.

TRUMP EMBRACES 'NATIONALIST' LABEL, SAYS DEFENDING THE U.S. HAS NOTHING TO DO WITH RACISM OR BIGOTRY

"I have a scheduled meeting with him on Monday, and I will tell you this. I've watched on the other side that they do not take action when their members say something like this," McCarthy continued. "Action will be taken. I'm having a serious conversation with Congressman Steve King on his future and role in this Republican Party. I will not stand back as a leader of this party -- believing in this nation, that all are created equal, that that stands, or continues to stand, or have any role, with us."

Pressed for details, McCarthy added, "There is a number of things you’ll see that is taking place."

Rep. Steve King, R-Iowa, attends a rally with Angel Families on the East Front of the Capitol, to highlight crimes committed by undocumented immigrants in the U.S., on September 7, 2018. (Photo By Tom Williams/CQ Roll Call)

House Democrats have floated the possibility of censuring King, a largely symbolic step that would formally indicate members' disapproval of his comments. Last week, Pelosi said only that she was not yet "prepared" to discuss a censure motion, but added, "Needless to say, there’s interest in doing something."

Freshman Democratic New York Rep. Alexandria Ocasio-Cortez, whose social media following has exceeded that of any other Democrat in Congress, called King's remarks "disturbing" and said she was interested in pursuing "next steps."

Republicans, now in the minority, have the option of signing onto a possible censure motion, as well as removing King from his committee assignments. King, who has served in the House since 2003, sits on several key committees, including the Judiciary and Agriculture committees.

And although National Republican Congressional Committee (NRCC) chairman Rep. Tom Emmer of Minnesota has said it's "too early" for party leaders to weigh in on the 2020 race in Iowa, Republican primary challengers have already surfaced in the hopes of unseating King, who only narrowly held onto his seat in the 2018 midterms.

Top Republicans have excoriated King in recent days and called for House Republicans to take an immediate and strong stand. In an op-ed published in The Washington Post, Republican Sen. Tim Scott of South Carolina, who is black, wrote, "Some in our party wonder why Republicans are constantly accused of racism — it is because of our silence when things like this are said."

"That language has no place in America -- that is not the America I know."

On Sunday, Texas Republican Sen. Ted Cruz told NBC's "Meet the Press": “What Steve King said was stupid. It was stupid, it was hurtful, it was wrong. And he needs to stop it." And Rep. Steve Scalise, R-La., suggested in an interview with ABC's "This Week" that King should read Scott's op-ed, although he stopped short of suggesting a possible official sanction for King.

Wyoming Rep. Liz Cheney, the third-ranking House Republican, tweeted Thursday that King’s remarks are “abhorrent and racist and should have no place in our national discourse.” And fellow Republican Rep. Justin Amash of Michigan said: “This is an embrace of racism, and it has no place in Congress or anywhere.”

King's remarks last week were not first time he has seemingly expressed sympathy with white supremacists. In October, King publicly endorsed a white nationalist candidate for mayor in Toronto.

Democrat Rep. Rashida Tlaib, who called Trump an expletive during an impeachment pitch, doubles down on the remark

The Michigan Democrat and one of the first Muslim women elected to Congress punches back against critics of her words on Twitter; Gillian Turner has the latest.

The candidate, Faith Goldy, has promoted books espousing anti-Semitic ideas and defending the white supremacist “14 words” slogan, according to the Toronto Star.

In 2013, he commented that while he has some sympathy for some illegal immigrants, "they aren't all valedictorians, they weren't all brought in by their parents -- for every one who's a valedictorian, there's another 100 out there who weigh 130 pounds and they've got calves the size of cantaloupes because they're hauling 75 pounds of marijuana across the desert."

And in September, King came under renewed scrutiny after traveling to Austria and giving an interview in which he said, “If we don't defend Western Civilization, then we will become subjugated by the people who are the enemies of faith, the enemies of justice.”

FILE - In this May 16, 2018, file photo, House Majority Leader Rep. Kevin McCarthy, R-Calif., listens during a roundtable in Washington. McCarthy says thieves broke into his office in Bakersfield, Calif., and that he's hoping for help from the public to identify them. (AP Photo/Evan Vucci, File)

In October, just days before the midterm elections, the then-chairman of the NRCC accused King of aligning with white supremacist views.

“Congressman Steve King’s recent comments, actions, and retweets are completely inappropriate,” Ohio Rep. Steve Stivers, who has since been replaced by Emmer after declining to seek another term, tweeted. “We must stand up against white supremacy and hate in all forms, and I strongly condemn this behavior.”

Stivers was motivated to speak out against King not because of any specific comment, but rather by what he saw as an increasing volume of concerning actions from King, an aide told Fox News at the time. Politicians on the left have long criticized King, but Stivers’ comments are notable because of his prominent role in electing House Republicans.

King responded to Stivers by rejecting his claims outright: “These attacks are orchestrated by nasty, desperate and dishonest fake news. Their ultimate goal is to flip the House and impeach Donald Trump. Establishment Never Trumpers are complicit.”