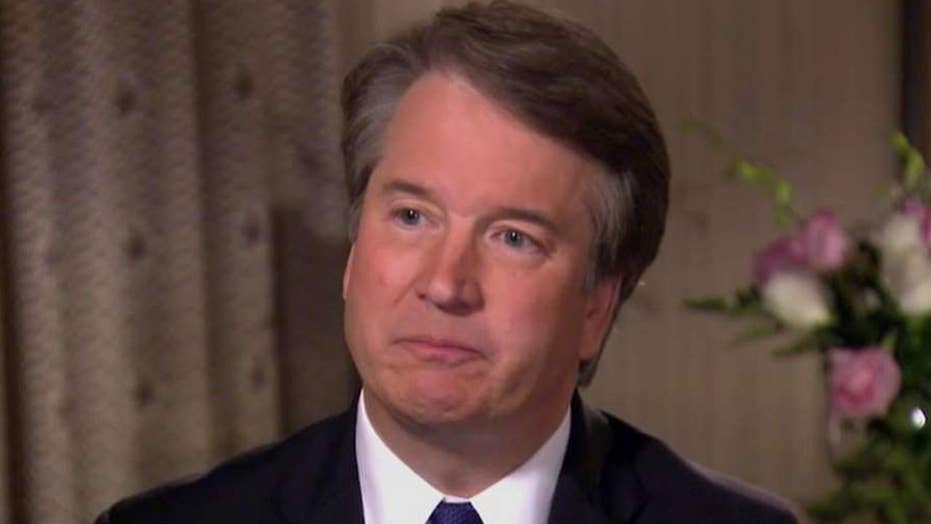 Kavanaugh: I never sexually assaulted anyone

Exclusive: Kavanaugh and his wife Ashley respond to the sexual misconduct allegations him. On 'The Story,' Judge Kavanaugh says he has always treated women with dignity and respect.

EXCLUSIVE – Supreme Court nominee Brett Kavanaugh repeatedly denied accusations of sexual misconduct that have threatened to derail his confirmation in an exclusive interview with Fox News on Monday.

"What I know is the truth, and the truth is I've never sexually assaulted anyone," Kavanaugh told Fox News' Martha MacCallum.

Kavanaugh's wife, Ashley, said the allegations against her husband were "hard to believe." 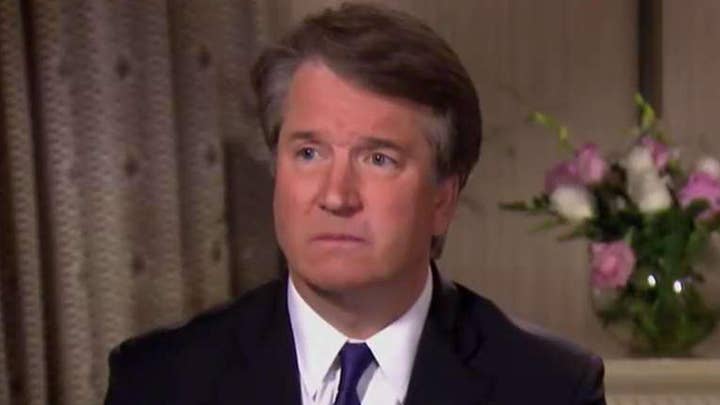 California professor Christine Blasey Ford has accused Kavanaugh of covering her mouth and trying to remove her clothing at a party in the early 1980s, when both were in high school. Kavanaugh and Ford are set to testify in front of the Senate Judiciary Committee on Thursday.

In the interview, Kavanaugh emphatically denied Ford's claim against him, telling MacCallum that he was a virgin through high school and for "many years after." 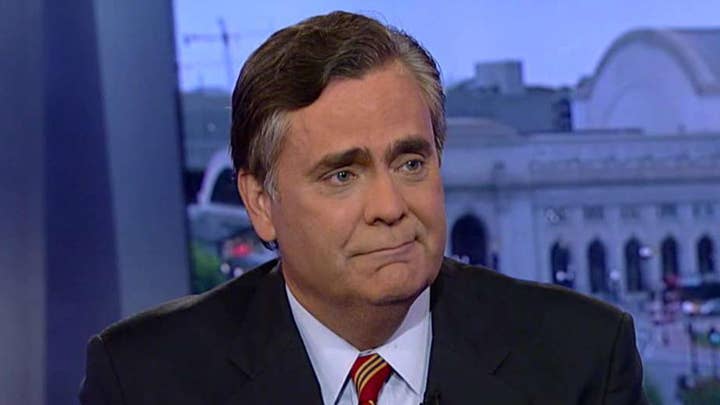 He also said he "may have met" Ford during his high school days, but added that she was "not a friend [and] not someone I knew."

Kavanaugh also told MacCallum that he would not withdraw his name from consideration over the allegations.

"I want a fair process where I can defend my integrity, and I know I'm telling the truth," the judge said. "I know my lifelong record and I'm not going to let false accusations drive me out of this process. I have faith in God and I have faith in the fairness of the American people."

Kavanaugh also denied a New Yorker report published Sunday night in which classmate Deborah Ramirez said he exposed himself to her while they were students at Yale, pointing out that The New York Times had said it could not corroborate her claims. 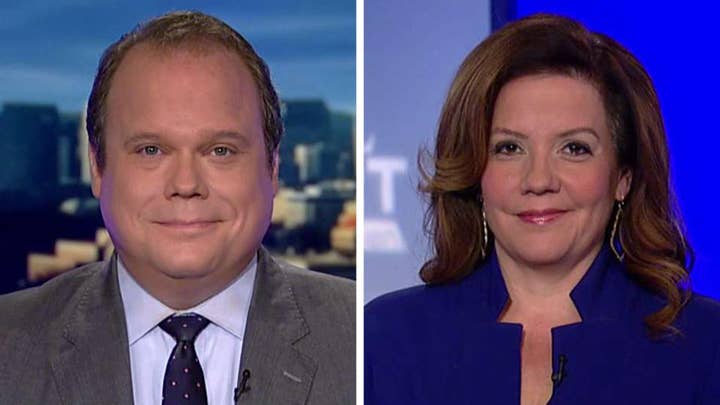 "I never did any such thing," Kavanaugh said. "The other people alleged to be there don't recall any such thing. If such a thing had happened, it would have been the talk of campus."

In addition, Kavanaugh said claims by attorney Michael Avenatti that he and high school friend Mark Judge had plied women with drugs and alcohol at parties so other men could gang rape them were "totally false and outrageous."

"Yes, there were parties and the drinking age was 18 and yes, the seniors were legal and had beer there, he said. "And yes, people might have had too many beers on occasion … I think all of us have probably done things we look back on in high school and regret or cringe a bit. But that's not what we're talking about. We're talking about an allegation of sexual assault. I've never sexually assaulted anyone." 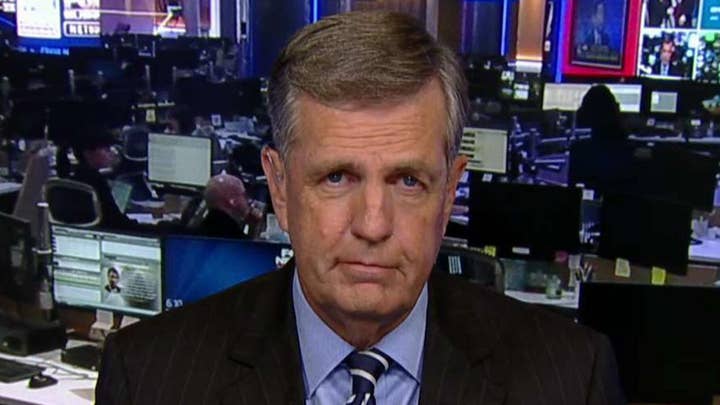 The Kavanaughs, who have received death threats from those opposed to his Supreme Court nomination, also discussed how their two daughters are dealing with the accusations against their father.

KAVANAUGH FIGHTS BACK AGAINST 'SMEARS, PURE AND SIMPLE'

"It’s very difficult to have these conversations with your children, which we’ve had to have,” Ashley Kavanaugh said. “But they know Brett and they know the truth and we told them at the very beginning of this process, ‘This will be not fun sometimes. You’re going to hear things. People feel strongly and you need to know that and just remember, you know your dad.’”

Top Republicans, including Senate Majority Leader Mitch McConnell, R-Ky., have slammed what they described as a "smear campaign" orchestrated in part by Democrats. Meantime, Sen. Dianne Feinstein, D-Calif., the top Democrat on the Judiciary Committee, has asked for the Kavanaugh nomination to be halted while the FBI investigates the allegations.

President Trump has repeatedly defended his nominee against sexual misconduct accusations, which he has called “totally political" and "one of the single most unfair, unjust things to happen to a candidate for anything."

Kavanaugh told McCallum that Trump had called him Monday afternoon to say "he’s standing by me" and said he was confident that will remain the case.