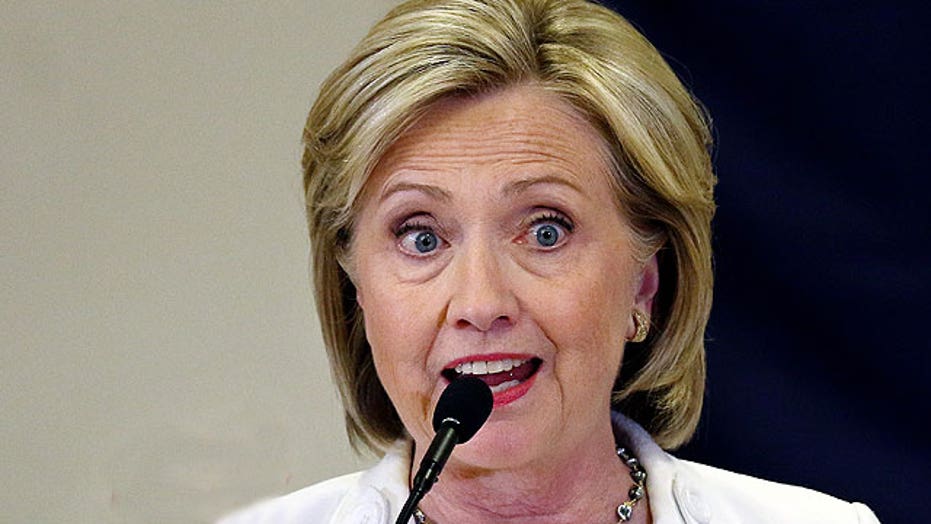 Members of the State Department's information technology staff were among those who were unaware that Hillary Clinton was using a private email address during her time as secretary of state, the latest release of messages from Clinton's private server revealed late Monday.

In one email, dated February 27, 2010, an IT worker on the State Department's computer "help desk" sends a message to Clinton's email address inquiring about why one of Clinton's correspondents has been getting a "fatal error" when she tries to send messages to the secretary of state.

Clinton forwarded the email to her top aide, Huma Abedin, asking "Do you know what this is [sic]". Abedin responds, "Ur [sic] email must be back up!!" and explains that a woman named Judith tried to send Clinton an email and called the department's IT team when the message was returned to her.

"They had no idea it was YOU," Abedin writes to Clinton, "just some random address so they emailed. Sorry about that. But regardless, means ur [sic] email must be back!"

Clinton's use of a private email address may have also created logistical problems communicating with State Department aides.

"Well its clearly a state vs outside email issue," wrote Abedin in August 2010, after another aide reported missing some messages from Clinton. "State has been trying to figure it out. So lj is getting all your emazils cause she's on her personal account too."

Clinton and her presidential campaign have repeatedly denied that she inappropriately handled classified information while secretary of state, a question that is currently the subject of a federal investigation.

The latest release also contains messages related to Clinton's iPad, which arrived in June 2010. Aide Philippe Reines informed her that the device had arrived, to which Clinton responded, "That is exciting news -- do you think you can teach me to use it on the flight to Kyev next week?"

Fox News reported in March that Hillary had requested the use of an iPad early in her tenure as secretary of state. However, security and investigative sources told Fox News in March that the device had not been certified as "secure" by the department's technical experts. However, an investigative source told Fox News that Clinton used the device despite the decision.

"I myself am not the most tech savvy person," Clinton wrote in her 2014 memoir, "Hard Choices," although I surprised my daughter and my staff by falling in love with my iPad which, I now take everywhere I travel."

Indeed, Despite approving the creation of a relatively complex email system in her home, Clinton seemed puzzled by basic technology. In a July 2010 exchange, Clinton quizzed Reines on how to charge the Apple tablet and update an application.

Reines asks Clinton if she has a wireless Internet connection, and she replies: "I don't know if I have wi-fi. How do I find out?"

Clinton has previously said she used the private server so she would not inconvenience herself by carrying separate devices for work and personal communications wherever she went. However, her use of the iPad as well as her State Department BlackBerry would appear to undercut her defense that she only wanted to use one device at a time.

The emails also contain a joke from Clinton about using multiple email addresses on her server. In a May 2010 email to U.S. Ambassador to the U.N. Susan Rice, Clinton says Rice should "please feel free to use (whatever my current address may be!) anytime." Fox News, citing independent research data, reported in March that Clinton appeared to have established multiple email addresses for her private use, and possibly the use of her aides, under the domain of “clintonemail.com."

Fox News' Chad Pergram and Ed Henry and The Associated Press contributed to this report.