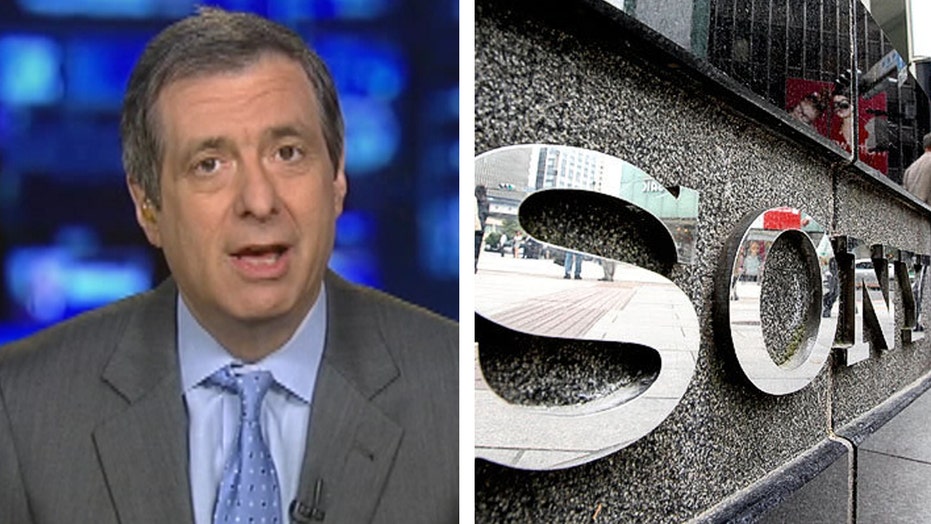 Kurtz: Why I feel guilty reading this Hollywood gossip

After all, whatever you think of Hollywood hotshots mouthing off, this was an act of cyberterrorism. It was a massive attack on an American corporation and 47,000 current and former employees, including the disclosure of their personal information.

And while I have no inkling whether the North Korean regime is involved, it’s pretty clear that the hackers are up in arms about the Sony film “The Interview,” which somehow finds comedic value in an assassination plot against Kim Jong Un.

But that’s all been swept aside as the media gorge themselves on what the New York Post’s cover calls “HOLLYWOOD E-MAIL BOMBSHELL.”

It’s hard not to gobble up these tasty nuggets. But everyone associated with Sony is the victim of a heinous crime. Isn’t there something wrong with merchandizing this private material for our amusement?

Two recent examples: When a hacker penetrated Sarah Palin’s email, some critics saw it as a horrible invasion of her privacy.

And the recent hacking of such celebrities as Jennifer Lawrence and Kate Upton, and the plastering of their nude photos across the web, was widely seen as a humiliating intrusion.

Now there’s not going to be as much public sympathy for a bunch of wealthy studio executives and producers. But even the overcompensated and the arrogant are entitled to privacy, aren’t they?

Still, there’s no way to put the toothpaste back in the digital tube. And if there’s any socially redeeming value to these emails, it’s that they show the culture of Hollywood as mean-spirited and duplicitous, even beyond the usual Tinseltown stereotypes.

“Do not [blanking] threaten me,” Pascal responds.

“Let me remind you I brought this material to you and can off her from it in a phone call,” Rudin fires back. “Don’t for one second even think about trying this [stuff] with me.”

The two are also being accused of making racist jokes when Rudin suggests that Pascal ask President Obama at an upcoming breakfast whether he’d be interested in financing some movies.

“Should I ask him if he liked DJANGO?” Pascal asked.

Pascal started listing other movies with African-American stars: “Or the butler. Or think like a man? [sic].”

Hysterical, no? And borderline racist.

Pascal apologized in a statement, saying: “The content of my emails were insensitive and inappropriate but are not an accurate reflection of who I am.”

Rudin told Deadline private emails meant to be in jest “can result in offense where none was intended. I made a series of remarks that were meant only to be funny, but in the cold light of day, they are in fact thoughtless and insensitive.”

But as everyone dumps on them, keep in mind that personal emails between people at many companies and organizations would contain the kind of edgy banter that would look terrible if they went viral.

Hollywood hypocrites or not, they are the victims of a virulent form of cybertheft. And even spoiled brats deserve protection from that.