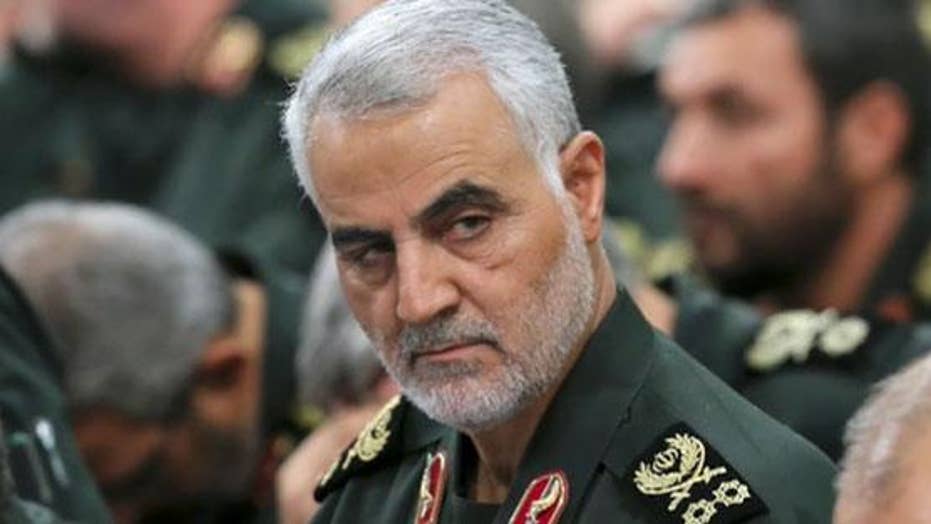 "I wish they would leave the partisanship and hypocrisy aside," says Congressman Dan Crenshaw, former Navy Seal, providing insight to the attack on Qassem Soleimani

The killing of Iranian General Qassem Soleimani in a U.S. airstrike late Thursday immediately touched off a fresh partisan clash on Capitol Hill — with Republicans cheering the death of the brutal military commander as long overdue, and Democrats voicing concerns that they weren’t consulted and that it could drag the U.S. into a new Middle East conflict.

The Pentagon confirmed that Soleimani, the head of the Iran Revolutionary Guard Corps' Quds force, was taken out in a U.S. strike in Iraq directed by President Trump. It came days after the U.S. embassy in Baghdad was attacked by pro-Iran militants and amid monthslong tensions between the U.S. and the Islamic regime in Tehran. Iran immediately promised it would seek revenge.

Secretary of State Mike Pompeo said on “Fox & Friends” the strike was to prevent an “imminent attack” by Soleimani’s forces and sent a clear message to Tehran.

"I think the Iranian leadership understands President Trump will take action. ... We made very clear that these responses would be swift and decisive,” he said. “We have now demonstrated that."

But in Congress, where partisan tensions already are at a high over the impeachment of Trump by the House and a pending Senate trial, the reaction split down those same lines as it had when Trump pulled the U.S. out of the Iran nuclear deal in 2018. 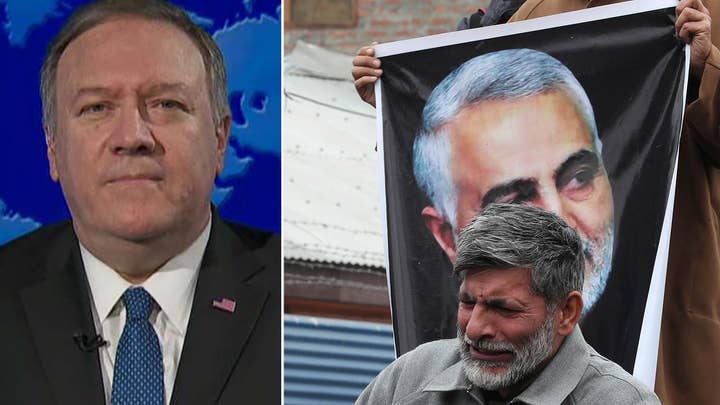 Graham described it as a defensive move by the U.S. based on strong intelligence of potential attacks, and one that would send a message to U.S. foes across the globe.

“This was a pre-emptive attack to let everyone know from North Korea, just anyone else, that if you come after Americans on President Trump’s watch — you do so at your peril,” Graham said, warning that Iranian oil refineries could be next if Iranian aggression continued.

“Qassem Soleimani masterminded Iran’s reign of terror for decades, including the deaths of hundreds of Americans,” he said. “Tonight, he got what he richly deserved, and all those American soldiers who died by his hand also got what they deserved: justice. America is safer now after Soleimani’s demise.”

Democrats, meanwhile, described the killing as a dangerous escalation, with Sen. Tim Kaine, D-Va., grouping it with the Iran deal pullout as a brazen decision that makes the region less stable.

"As I have warned for years, Trump’s decision to tear up a diplomatic deal that was working and resume escalating aggressions with Iran has brought us to the brink of another war in the Middle East,” Kaine said. “Qassem Soleimani was a despicable killer, but this drastic escalation of hostilities – waging a military attack on Iraqi soil over the objections of that country and without congressional authorization – will increase the threat to American troops, diplomats, and families in the region.”

“American leaders’ highest priority is to protect American lives and interests. But we cannot put the lives of American servicemembers, diplomats and others further at risk by engaging in provocative and disproportionate actions,” she said. “Tonight’s airstrike risks provoking further dangerous escalation of violence. America – and the world – cannot afford to have tensions escalate to the point of no return.”

She, too, complained about Congress being kept in the dark, saying the action was taken without an Authorization for Use of Military Force (AUMF) and without consulting Congress.

“The full Congress must be immediately briefed on this serious situation and on the next steps under consideration by the Administration, including the significant escalation of the deployment of additional troops to the region,” she said.

In the Senate, Sen. Chris Murphy, D-Conn., echoed similar sentiments of fear about Iran's response, warning of reprisals against American troops and that such actions result in “more, not less, Americans killed in the long run.”

“Now, it is up to Congress to press the president to disclose his legal basis for this action and the plan for how our nation manages the fallout,” he said. “I doubt there is congressional authority for this strike, and I doubt the president has a plan for what comes next. But these are questions Congress must now ask.” 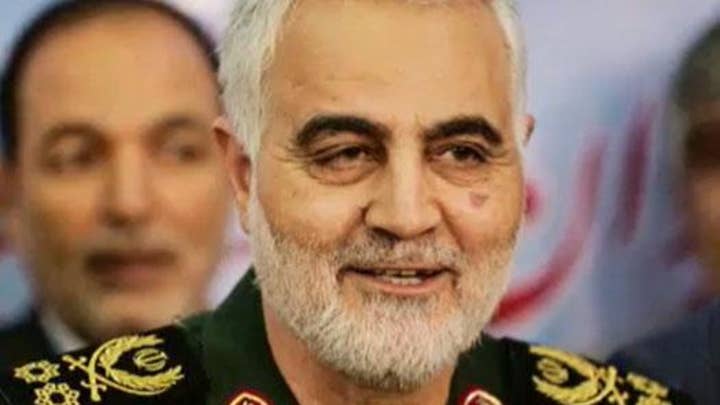 Other Democrats called on Congress not just to ask questions, but to stop the administration entirely, with lawmakers like Rep. Ilhan Omar, D-Minn., suggesting that the strike was a distraction from impeachment.

“So what if Trump wants war, knows this leads to war and needs the distraction? Real question is, will those with congressional authority step in and stop him?” she tweeted. “I know I will.”

“We cannot stay silent as this lawless President recklessly moves us closer to yet another unnecessary war that puts innocent lives at risk at home & across the globe,” Rep. Rashida Tlaib, D-Mich., tweeted. “Congress alone has the authority to declare war, & we must reclaim our responsibility & say no to war with Iran.”

But Graham pushed back on calls by lawmakers for more information ahead of time: “The last group of people you want to talk to about this is Democrats in Congress and Republicans in Congress."

He also dismissed the claim that this was a “distraction” by the president.

“To all those Democrats criticizing the President, I was aware of what his options were — they were about to unleash holy hell on our people in Iraq and throughout the region and the president decisively took action.”

Rep. Dan Crenshaw, R-Texas, described complaints by Omar and others as “absurd,” noting that the attack happened in Iraq after an attack on the U.S. in Iraq, where the U.S. has “plenty of authorization to be operating in.”

“These members of Congress know that, or maybe they don’t know that ... and all this hand-wringing certainly didn’t occur during the Obama administration and I wish they would leave the hypocrisy aside, leave the partisanship aside,” he said on "Fox & Friends."

But at least one Republican, Sen. Rand Paul, R-Ky., sympathized with some of the concerns expressed by Democrats about the role of Congress. Calling Soleimani an "evil man who ordered the killing of Americans," he asked whether the assassination would "expand the war [in Iraq] to endanger the lives of every American soldier or diplomat in the Middle East."

"If we are to go to war w/ Iran the Constitution dictates that we declare war. A war without a Congressional declaration is a recipe for feckless intermittent eruptions of violence w/ no clear mission for our soldiers," he said. "Our young men and women in the armed services deserve better."