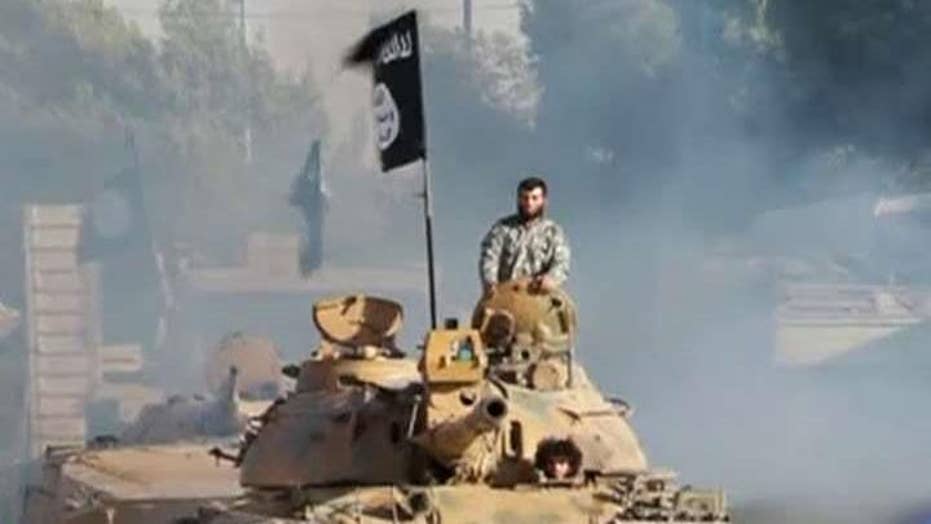 White House under pressure to strike ISIS in Libya

The number of fighters in the Islamic State's army largely "remains the same" as it did a year ago, a U.S. official briefed on the latest intelligence estimate tells Fox News.

The new estimate means that despite more than 10,000 U.S.-led coalition airstrikes against ISIS starting in August 2014, ISIS largely has maintained the size of its force – due in part to an emerging practice of “forced conscription” and an influx of new members, including foreign fighters flocking to ISIS’ self-declared caliphate.

Meanwhile, there are now an estimated 5,000 ISIS fighters in Libya, a defense official told Fox News. “It is getting harder to get into Syria and fighters are being directed to Libya,” the official said.

Territory, however, has been taken back from the vast terror network in that time.

Despite tens of thousands of ISIS fighters killed in airstrikes,  ISIS is turning to "forced conscriptions" of military-aged males among the population under ISIS control to make up for the losses, according to the U.S. official.

These conscripted forces are "less capable" fighters, according to the official.

New foreign fighters also serve as reinforcements in Iraq and Syria, but the flow has been reduced compared with a year ago, according to the official who said supply lines have been significantly cut off by airstrikes.

One major supply line cut off in November is Highway 47, connecting the Islamic State's de facto capital in Raqqa, Syria, to its Iraqi headquarters in Mosul. This has forced ISIS to use unpaved side roads to reach cities under its control.

The top U.S. commander in Iraq could not estimate when an operation in Mosul would take place, when asked at a press conference Monday.

Lt. Gen. Sean MacFarland would not rule out additional forces from the U.S. and its allies to train Iraqi troops, but said that decision is up to the commander-in-chief, President Obama. Officials have put this number in the "hundreds" and said they would not be taking part in direct combat to take Mosul.

A separate official told Fox News it would be six months before 10 Iraqi bridges could be fully trained.