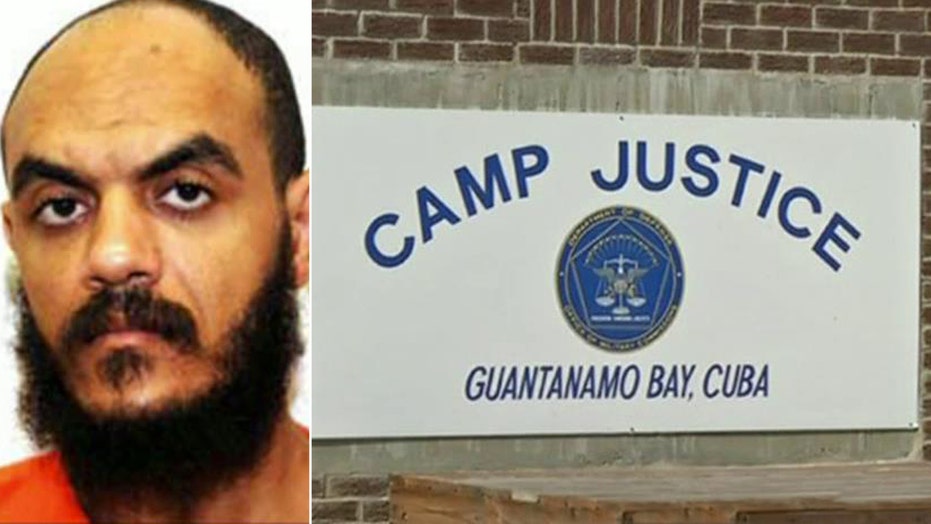 The Obama administration’s release of an Usama bin Laden bodyguard from the Guantanamo detention facility to a Saudi Arabia “rehabilitation program,” is being criticized by Arkansas GOP Sen. Tom Cotton.

The detainee, Abdul Shalabi, was returned to his home county after 13 years at the facility, established after 9/11 to get suspected terrorists off the battlefield.

A government review board, which includes military and intelligence officials, determined that detaining Shalabi was no longer necessary, despite assuming he "probably continues to sympathize with extremists."

Shalabi -- a suspected Al Qaeda member connected with other high-ranking group leaders such as Kalid Sheik Muhammad -- was released after a years-long hunger strike. He was never charged with a crime.

President Obama promised in his 2008 White House bid to close the facility, amid concerns about cost and detainees held without being charged.

"The release of this dangerous detainee … is another example of President Obama playing politics with national security and putting campaign promises ahead of U.S. national security interests,” said Cotton, an Iraq war veteran and outspoken critic of U.S. foreign policy.

Saudi Arabia started the rehabilitation program in 2004, following similar ones in Singapore and Yemen, to try to de-radicalize terrorists through religious teachings and psychological counseling.

The program has largely been considered an overall success. But Saudi officials reportedly said last year that roughly 12 percent of those in the program returned to terror-related activities.

Cotton on Wednesday also requested that the administration give Congress a Memorandum of Understanding regarding Shalabi’s transfer so members “can fully understand the commitments made by Saudi Arabia to monitor this individual."

In April, Cotton led 46 other congressional Republicans in sending a letter to Iran Supreme Leader Ayatollah Khamenei warning that Congress could nix the nuclear deal his country signed with the administration and five other world powers.

Shalabi’s release, the second this month, brings the prisoner population at Guantanamo to 114, including 52 who have been approved for transfer. There were 242 detainees at the facility, at a U.S. Navy facility, at Guantanamo Bay, Cuba, when Obama took office in 2009.

The 39-year-old Shalabi was among the first prisoners brought to Guantanamo in January 2002.

His attorney, Julia Tarver Mason-Wood, told the review board in April that her client was willing to take part in the Saudi rehabilitation program and hoped later to finish his university degree and work in his brothers' construction or real estate businesses.

Shalabi began a hunger strike in 2005 to protest his confinement. He and another prisoner, who was released in June 2009, maintained the protest longer than any others held at the base.

Court records show Shalabi occasionally consumed food but also dropped to as little as 101 pounds. His lawyer told the review board in April that prison officials had fed him with a nasogastric tube daily for nine years to prevent him from starving to death.