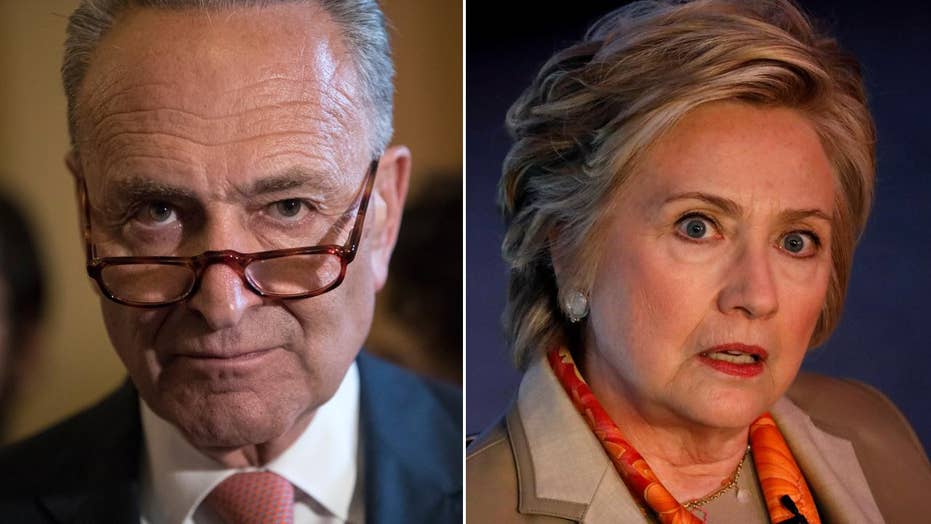 Senate Minority Leader Chuck Schumer had choice words for Hillary Clinton in an interview over the weekend, blasting the Democratic presidential nominee for blaming Russia for her loss to now-President Trump -- who picked up on the jab in a Monday morning tweet.

Schumer, D-N.Y., was referring to comments Clinton has made tying her November election loss to multiple factors -- including former FBI Director James Comey’s decision to re-open the investigation into her private email server as well as the email hack of her campaign chairman's account.

The president echoed Schumer’s comments on Twitter early Monday, using them to suggest the probes of Russian meddling in the election and possible coordination with his associates are going nowhere.

“After 1 year of investigation with Zero evidence being found, Chuck Schumer just stated that ‘Democrats should blame ourselves, not Russia,'” he wrote.

Back in May, Clinton said she would take “absolute personal responsibility” for losing presidential campaign -- but went on to blame Comey and Russian interference.

She also mentioned WikiLeaks, the antisecrecy website which some analysts believe to be connected to Russia and which posted the hacked emails of Clinton Campaign Chairman John Podesta.

“I was on the way to winning until a combination of Jim Comey’s letter on October 28 and Russian WikiLeaks raised doubts in the minds of people who were inclined to vote for me but were scared off,” Clinton said at the Women for Women International luncheon in May.

She added: "If the election were on October 27, I'd be your president."