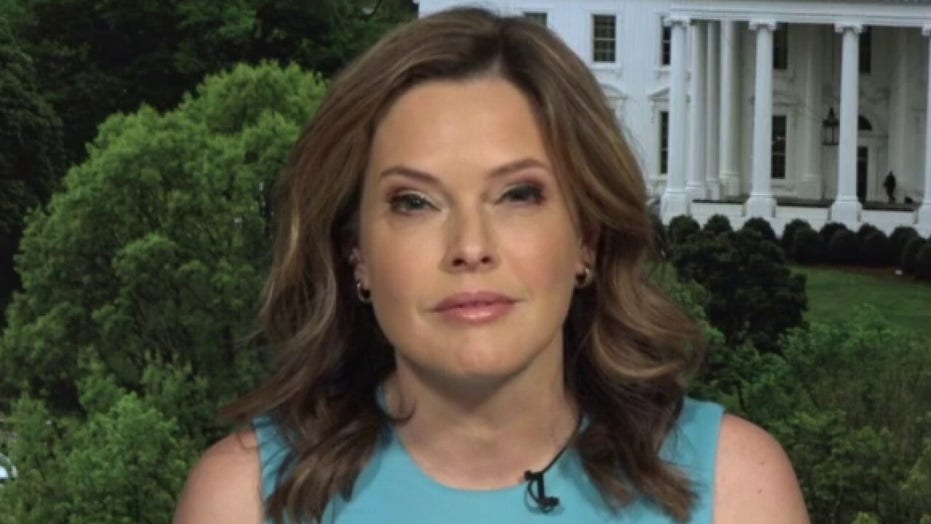 One of President Trump's senior campaign advisers has apologized after promoting a tweet praising a chainsaw-wielding man who used a racial slur while admonishing protests.

“I retweeted without watching the full video and I deeply apologize," Mercedes Schlapp said in a statement provided to Fox News. "I deleted the tweet.  I would never knowingly promote the use of that word. The intent was that these protestors wanted to call the cops for their own safety despite them wanting to defund the cops."

Originally posted on Friday, the video shows a man wearing a red sweatshirt and dark cap while approaching apparent protesters with his running chainsaw. "Move! Go home!" the man can be heard yelling. As he approached people in front of a store, he tells them: "Don't let those f-----g n-----s fool you!"

Edson Grim of Allen, Texas, appeared to post the original video but Schlapp retweeted it from an account called "LATINO TOWNHALL." "That's how to do it," the tweet reads. It embeds another post with an account touting the chainsaw-wielding man. "I'd want this guy with me in a ride or die moment," @texan_maga tweeted.  He added: "Mexican business owners know what's up."

Schlapp's retweet remained in place as of Saturday evening but was eventually removed.

Politico reported that after it contacted Schlapp, she retweeted another post with a version of the video that muted the slur. That tweet appears to have been deleted. Schlapp did not immediately respond to Fox News' request for comment.

Schlapp is a prominent figure in the conservative movement as her husband, Matt, serves as the head of the organization that organizes the Conservative Political Action Conference (CPAC) every year. She previously served as the White House Director of Strategic Communications but left in 2019 to work on the president's re-election campaign.

The incident will likely pour fuel onto an already raging fire surrounding race relations. For over a week, U.S. cities have seen both peaceful protests and violent riots in response to the death of George Floyd -- an unarmed black man who died after a white police officer knelt on his neck.

Schlapp's retweet came at a difficult time for the president and his administration as he faced criticism from both the left and right over his response to ongoing protests.

Many have accused Trump of racism, recently including two top officials in New Zealand's government. Trump has defended himself by touting accomplishments that benefited the African American community. Earlier this week, tensions flared as Trump said he threatened to deploy the military in order to suppress violent activity in cities where he thought officials weren't doing enough to combat it themselves.

A medical examiner classified Floyd's death as a homicide and released the full autopsy report on Wednesday.

The report listed fentanyl intoxication and recent methamphetamine use under “other significant conditions” but not under “cause of death.” The full report’s footnotes noted that signs of fentanyl toxicity can include “severe respiratory depression” and seizures.

Minnesota Attorney General Keith Ellison on Wednesday upgraded charges against the officer, Derek Chauvin, to 2nd-degree murder, and also charged the three other officers on the scene with aiding and abetting.

Floyd family attorney Ben Crump earlier decried the official autopsy — as described in the original complaint against Chauvin — for ruling out asphyxia. An autopsy commissioned by the Floyd family concluded that he died of asphyxiation due to neck and back compression.