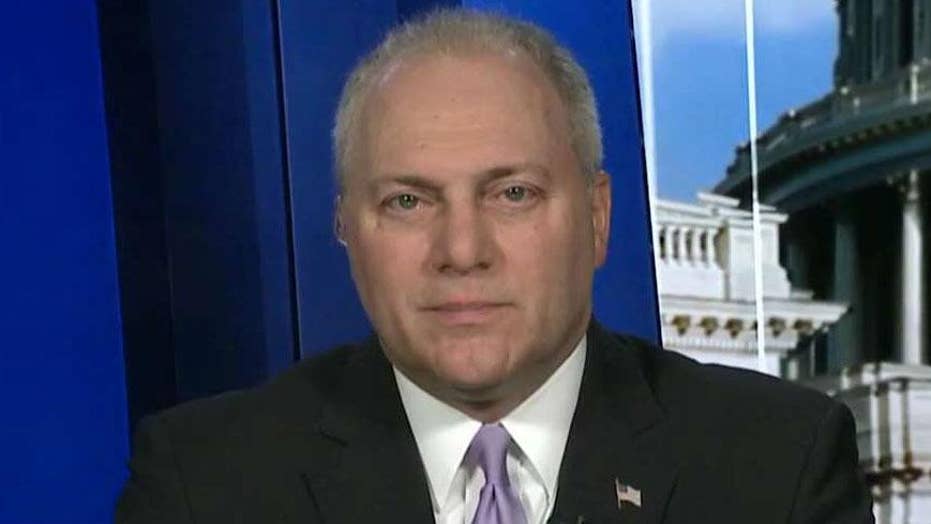 House Minority Whip Rep. Steve Scalise, R-La., lobbed criticism at House Speaker Nancy Pelosi over her decision to delay sending articles of impeachment against President Trump to the Senate for trial, despite the House approving them more than a week ago.

Scalise claimed that Pelosi does not have the power to manipulate the impeachment process and that her actions reveal a weakness in the case against the president.

BIDEN CLARIFIES REMARK THAT HE WILL NOT COMPLY WITH SENATE SUBPOENA

"It's our duty to turn it over," Scalise told "Fox News Sunday," adding, "It's not like some mechanism she can control." He said that the House completed their role in the process and now the Senate should be allowed to do theirs. 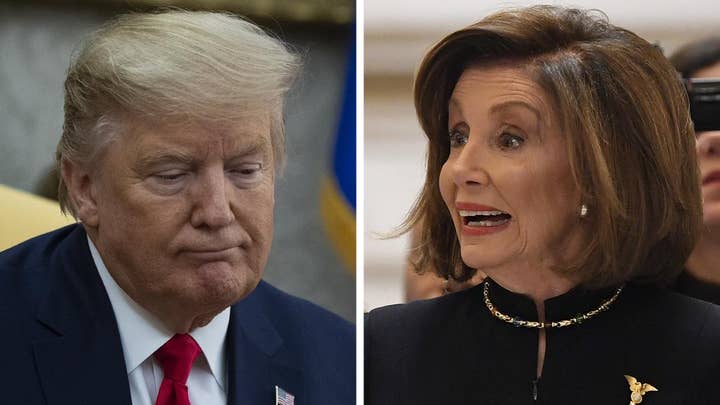 Scalise expressed confidence that once the case does go to the Senate, there will be a fair trial that he believes will result in an acquittal. He accused Democrats of knowing that their position was flawed but pressing forward anyway for political purposes.

Host Mike Emanuel brought up how President Trump retweeted the name of a person who some believe may be the whistleblower whose anonymous complaint about Trump's July 25 phone call with Ukrainian President Volodymyr Zelensky led to impeachment. When asked if he had a problem with Trump retweeting this, Scalise claimed that the person was not a true whistleblower because "they never saw a crime" and "had a political vendetta" against Trump.

"Yeah, the whistleblower absolutely ought to be known and testify," he said.

Earlier in the program, Scalise addressed the rise in anti-Semitic violence in the country in recent weeks, with Saturday night seeing the stabbing of five people at a New York rabbi's home during a Hannukah celebration.

“It’s really alarming and we’re seeing growing anti-Semitism. It’s something that we all need to speak out against – people of all faiths," he said. "I think our reaction needs to be quick and direct, that anti-Semitism is wrong."