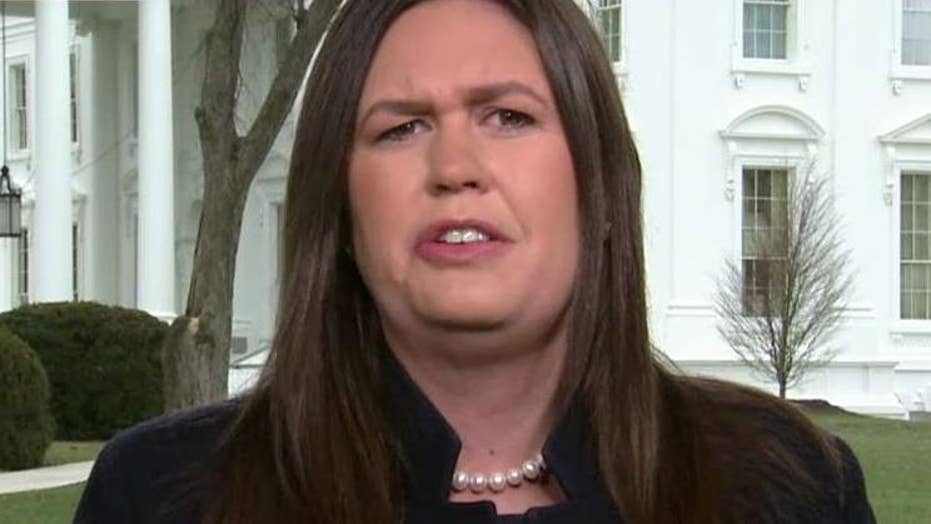 White House: The president will talk to the American people on January 29

White House Press Secretary Sarah Sanders on Wednesday responded to the controversy surrounding President Trump’s State of the Union address and Democratic attempts to postpone it, saying that Trump would address the American people on Jan. 29 - one way or another.

She was addressing questions about reports that officials are preparing two tracks for next week’s address. Sources told Fox News on Tuesaday that the preferred track is an address at the Capitol, while the second plan is a speech outside of Washington.

WHITE HOUSE PLANNING TO PROCEED WITH STATE OF THE UNION, BUT DETAILS UP IN THE AIR AFTER PELOSI THREAT

The address has been thrown into turmoil after House Speaker Nancy Pelosi, D-Calif., urged the president last week to delay the speech or submit it in writing amid the partial government shutdown that has gripped the capital for more than a month over funding for a wall on the southern border.

Multiple sources told Fox News on Tuesday that it was unclear whether the annual address will in fact go forward, or what venue it would be -- raising the possibility it could be held outside of Washington.

However, the White House sent a letter to the House Sergeant at Arms asking to schedule a walkthrough for the planned speech, after a previous walkthrough was canceled at Pelosi’s request.

On Wednesday, Sanders mocked Pelosi for her apparent concern for the security of President Trump, contrasting it with her refusal to support border security measures, like a wall.

“I think we’re all glad to see Nancy finally care about the safety and security of someone, including the president. I wish she would take that same level of concern and apply it to the millions of Americans that live in this country who have been impacted by the fact that we have a completely open border and step up.”