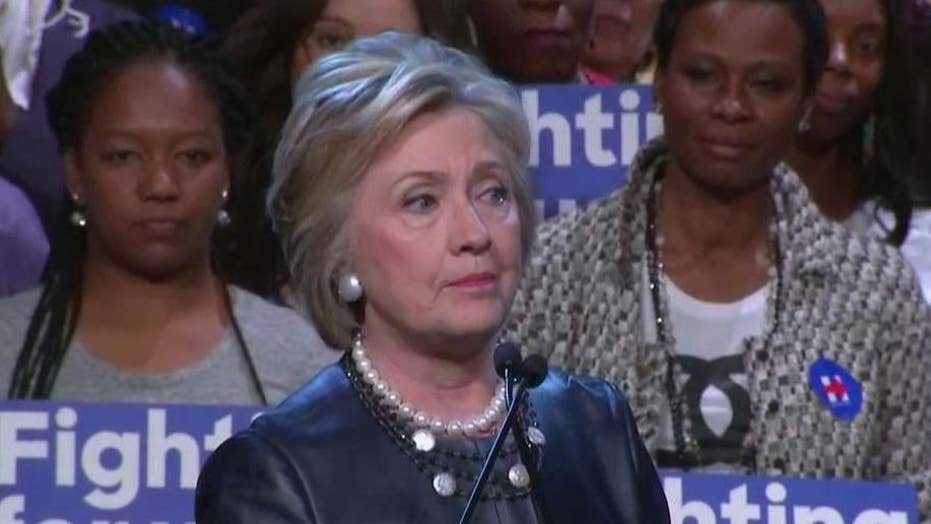 Clinton fights off challenge from Sanders in New York

Sen. Bernie Sanders' name will not appear on the Washington, D.C., primary ballot at this point, after Democrats failed to turn over Sanders' paperwork in time.

The Democratic Party failed to submit Sanders' primary registration paperwork on time to the D.C. Board of Elections. While the party received paperwork and fees from both Sanders and Hillary Clinton's campaign, it only turned over Clinton's forms on time.

That means as of today, Clinton is slated to appear on the ballot, but Sanders isn't, according to a report by NBC-4. Sanders' campaign said it handed in its forms and $2,500 in fees earlier this month and ahead of schedule.

Democrats did not inform the board of its oversight mistake until a day after the March 16 registration deadline, which will create another hurdle to including him. A Washington, D.C., voter has already filed a challenge against Sanders' eligibility.

The Democrats called the incident a minor administrative dispute, according to NBC's reporter Tom Sherwood. Party chairwoman Anita Bonds, a member of the city council, said the city could choose to fix the problem by holding an emergency vote.