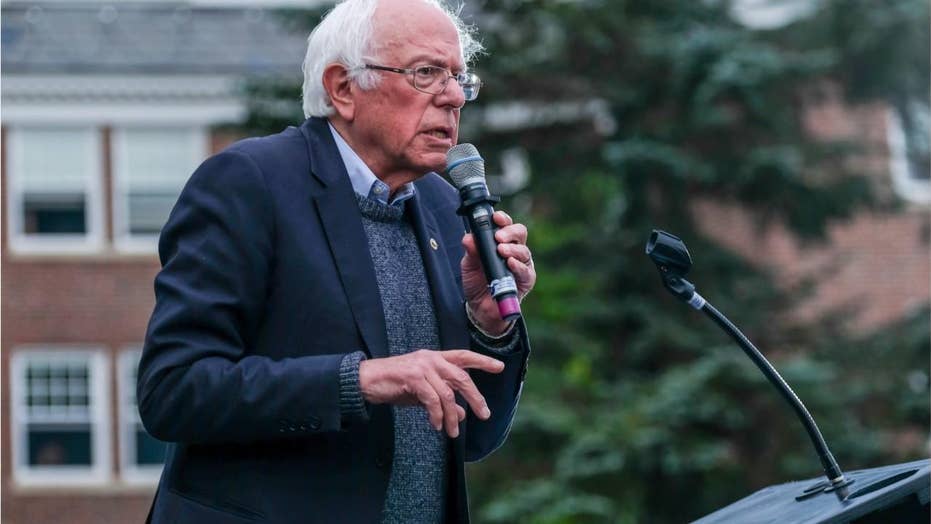 2020 Democratic presidential candidate Bernie Sanders hauled in an eye-popping $25 million in the past three months.&nbsp;

The Sanders presidential campaign said Tuesday it will spend $1.3 million to run the ads starting Thursday in Iowa, the state that kicks off the primary and caucus nominating calendar.

The 60- and 30-second TV spots – titled “Fights for Us” -- highlight the progressive Vermont senator's decades calling for economic transformation and an end to income inequality.

“Bernie Sanders. Fighting to raise wages for American workers, leading the fight to guarantee health care for all, standing up for civil rights, seniors, veterans and our children’s future,” says the narrator.

News of Sanders’ cash haul comes as the populist senator has faded in many recent national and crucial early-voting state polls to third place. He appears to be lagging former Vice President Joe Biden and Sen. Elizabeth Warren of Massachusetts, Warren is the other progressive standard-bearer in the 2020 Democratic nomination race.

Warren announced a week ago that she’ll spend at least $10 million to start running digital and TV ads over the next couple of months in Iowa, New Hampshire, Nevada and South Carolina, the first four states to vote in the primaries and caucuses.