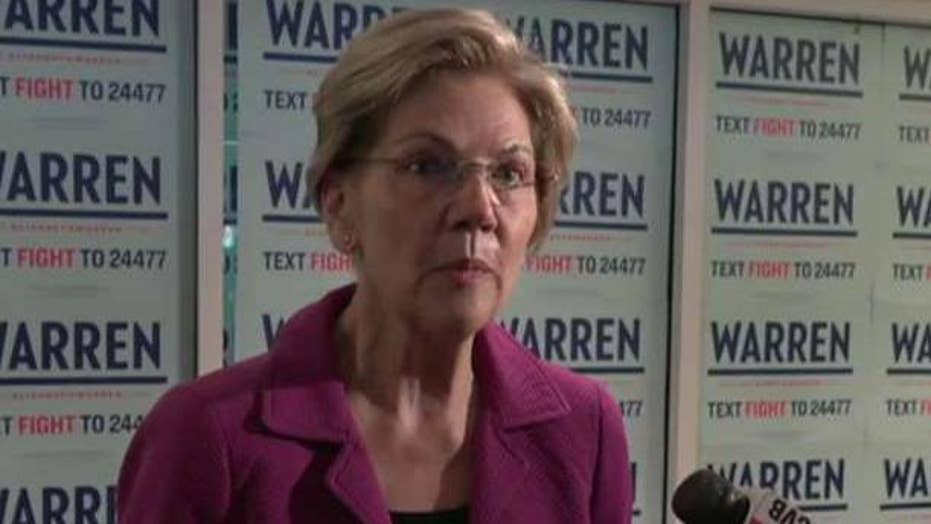 As she surges in the latest national and early voting state polls, Democratic presidential candidate Sen. Elizabeth Warren is making a major television and digital ad buy to spread her message to potential primary voters.

Warren’s presidential campaign announced on Tuesday that the populist Democratic senator from Massachusetts, who’s released one progressive policy proposal after another through the primary campaign, will spend eight figures – or at least $10 million – to place spots on TV and on-line in Iowa, New Hampshire, Nevada, and South Carolina. Those are the first four states to vote on the primary and caucus calendar.

“Right now, our biggest expense as a campaign is our staff, but as the campaign heats up, it will be on media to reach potential voters,” Warren campaign manager Roger Lau wrote in an email to supporters.

Lau explained that  spots “will be more digital than old-school broadcast television, and we have built an in-house staff to produce videos and ads rather than adopt the consultant-driven approach of other campaigns (and the big commissions and fees that come along with it).”

The Warren campaign confirmed to Fox News that the digital ads would start running immediately, and that they’re currently reserving time for the TV commercials. Officials said the buy would last for several months.

The Warren campaign released three of the ads on Tuesday – 15-second, 30-second and one-minute spots.

“Take any of our big problems – health care, climate change, gun violence. Corruption is at the root of why our government won’t act,” Warren says in the 15-second ad. “I know what’s wrong. I know how to fix it. And I’ll fight to get it done.”

Lau also announced the campaign is continuing to expand its staffing. While Warren already has a formidable team in the four early-voting states, Lau spoke of "hiring state directors and organizers in a number of states that have primaries and caucuses in March. And we're targeting our resources to invest in places that will be critical to keeping the House, taking back the U.S. Senate and regaining ground in key state legislatures in 2020.”

The $10 million ad buy and the expansion of campaign staff suggest that Warren’s fundraising remains strong. After a slow start earlier in the year, the senator hauled in over $19 million in the April-June second quarter of fundraising.