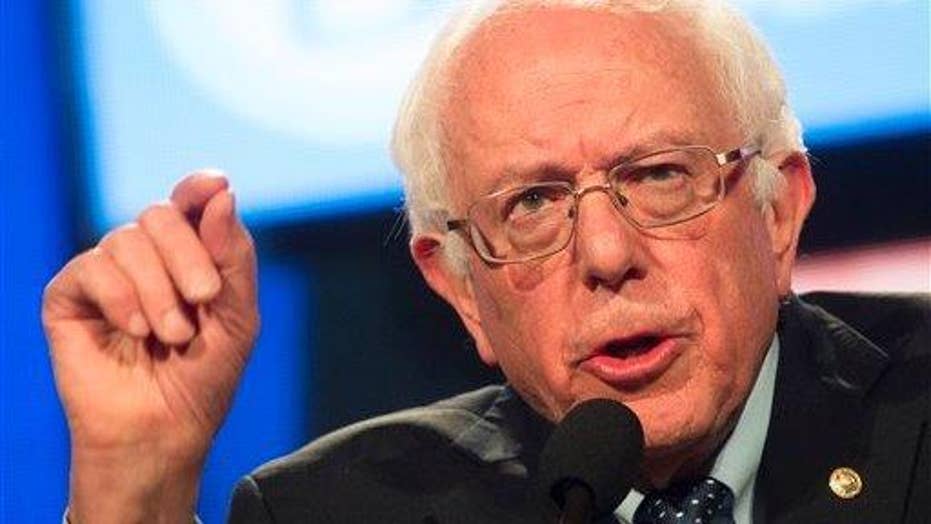 Sanders wants free college for everyone: Who will pay?

Sen. Bernie Sanders (I., Vt.), now a Democratic presidential candidate, was slow to take seriously reports in 2014 of the use of fake wait lists by Department of Veterans Affairs employees.

As the New York Times reported, Sanders, then chairman of the Senate Committee on Veterans Affairs, initially indicated that the controversy was being fueled by a partisan effort to undermine the government agency.

Sanders defended the VA amid reports, which first came to light in April 2014, that staffers at the Phoenix VA hospital used secret wait lists to conceal the long periods of time that veterans were delayed before receiving care. Dozens of veterans died waiting for appointments, according to whistleblowers, and the scandal eventually led to the resignation of then-VA Secretary Eric Shinseki.

“There is, right now, as we speak, a concerted effort to undermine the VA,” Sanders said in May 2014. “You have folks out there now–Koch brothers and others–who want to radically change the nature of society, and either make major cuts in all of these institutions, or maybe do away with them entirely.”

According to the Times, Sanders’ “deep seated faith in the fundamental goodness of government blinded him, at least at first, to a dangerous breakdown in the one corner of it he was supposed to police.”

“His ideological perspective blurred his ability to recognize the operational reality of what was happening at the V.A.,” Paul Rieckhoff, the founder of Iraq and Afghanistan Veterans of America told the Times. “The reality was that he was one of the last people to publicly recognize the gravity of the situation.”