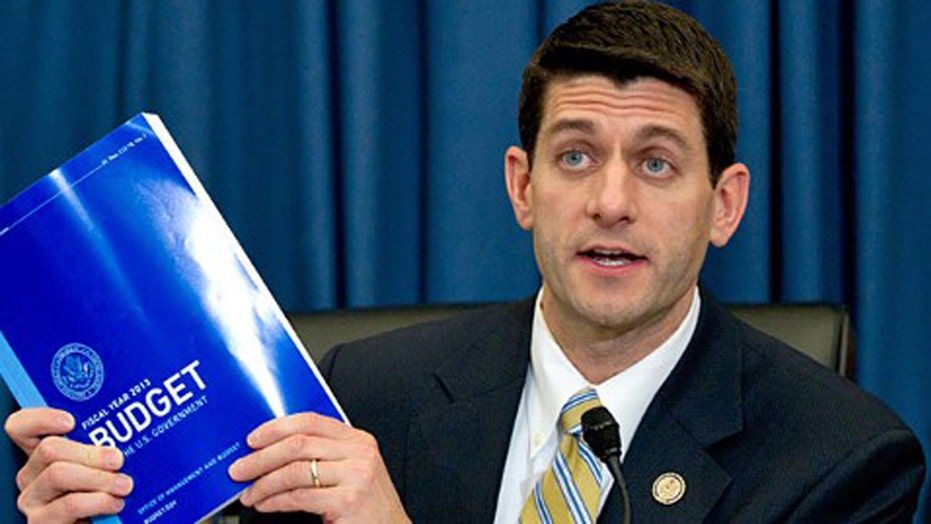 Can Republicans convince Paul Ryan to run for Speaker?

Strategy Room: Jeanne Zaino and Flip Pidot on which candidate can bring together moderates and conservatives

Rep. Paul Ryan doubled down Friday on his refusal to run for House speaker despite appeals from the top echelons of the party, in the aftermath of Majority Leader Kevin McCarthy bowing out of the race and throwing the leadership contest into chaos.

The Wisconsin Republican, who has been urged to run by Speaker John Boehner himself and several others, did not directly respond to questions on his intentions when asked by Fox News on Friday.

Ryan, the party's 2012 vice presidential nominee, just said repeatedly he had "nothing to add."

But spokesman Brendan Buck reiterated Ryan's statement from a day earlier that he wasn't running -- at least at this stage.

"Chairman Ryan appreciates the support he's getting from his colleagues but is still not running for speaker," he said.

Whether the party pressure might compel Ryan to reconsider remains to be seen. In the meantime, only a handful of candidates have put themselves forward, tentatively or officially.

The latest is Rep. Darrell Issa, former chairman of the House oversight committee, who told CNBC he's "considering whether or not to put my name in the hat."

Aside from them, the declared candidates remain Reps. Jason Chaffetz, R-Utah, and Daniel Webster, R-Fla.

But, in a sign of how much pressure is on Ryan to run, even Chaffetz said Friday he'd back Ryan if he joined the race.

Westmoreland, too, said, "I think he's the only guy who can unite us right now."

"I've talked with Paul Ryan. He's talking to people. I think he'd make a great speaker," McCarthy said Friday morning as he entered a closed-door Republican meeting. "It's a big decision. He's got to talk to his wife and everybody else, and it's got to be his decision."

Ryan has insisted that he's not interested in the post, preferring to focus on his chairmanship of the Ways and Means Committee. In addition, any presidential aspirations the 45-year-old Wisconsin lawmaker might have could be undercut by holding the chamber's top job and managing its unruly caucus.

Being speaker also calls for multiple days on the road raising money for the GOP, a challenge for a lawmaker like Ryan with a young family back home.

Republicans met Friday morning to discuss their next move. Boehner also told the conference that he is intent on holding elections for speaker at the end of the month.

But the retiring Boehner is assuring colleagues he'll stay on until a successor is chosen. According to a source in the meeting room Friday morning, Boehner told them he will "continue to serve as speaker until we elect a new one. "

The House No. 3 GOP leader, Rep. Steve Scalise of Louisiana, said he'd like to see Ryan as the next speaker.

The tumult was escalating as the GOP-run Congress hurtled toward showdowns with President Obama over spending and borrowing. If not resolved, those faceoffs could result in a partial government shutdown or an unprecedented federal default.

Attempting to calm the waters, 19 Republicans including several committee chairs wrote GOP lawmakers that they shouldn't pick a speaker until agreeing on "a shared set of goals and governing vision that benefits the nation and our constituents."