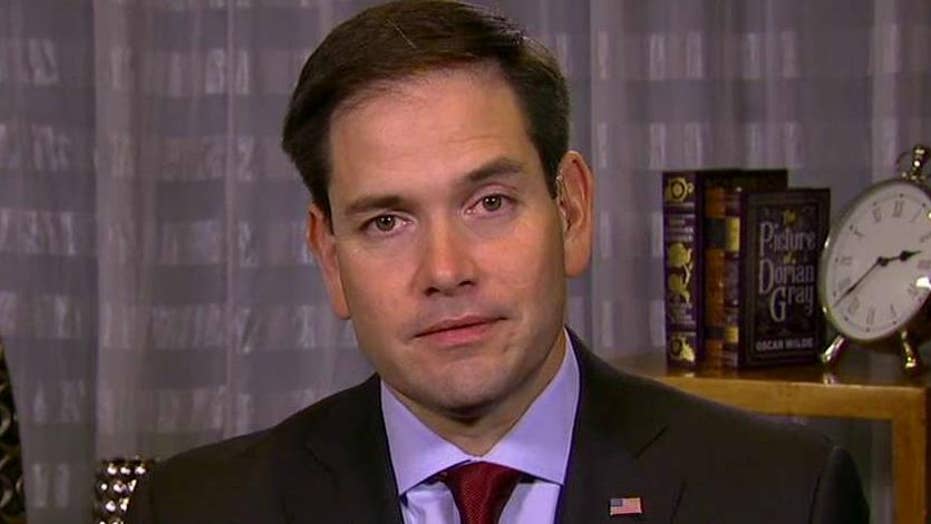 Rubio lays out his immigration plan amid terror fears

On 'Hannity,' presidential candidate says it would be 'reckless' not to have a strategy

The super PAC supporting Republican presidential contender Marco Rubio is out with a new TV ad in the early voting states of Iowa and New Hampshire, FoxNews.com has learned.

The commercial,  issued by Conservative Solutions PAC, focuses on national security-- an issue the Florida senator's supporters believe to be one of his strongest.

But the ad's most compelling argument is only mentioned in passing: a new poll showing he is the only top Republican contender in the large 2016 field ‎that would beat likely Democratic nominee Hillary Clinton in the general election.

In a Wall Street Journal/NBC News poll released Monday, Rubio, who sits in third place among Republican candidates, is the only one who would defeat Clinton in a general election match up, 48 percent to 45 percent.

The narrator in the 30-second commercial, called "Safer", describes Rubio as "the one Republican Hillary hopes she never has to run against."

Conservative Solutions PAC spokesman Jeff Sadosky did not reveal specifics of the major ad campaign, but said it is part of a major ad buy that started in December, and will run throughout the early state process.