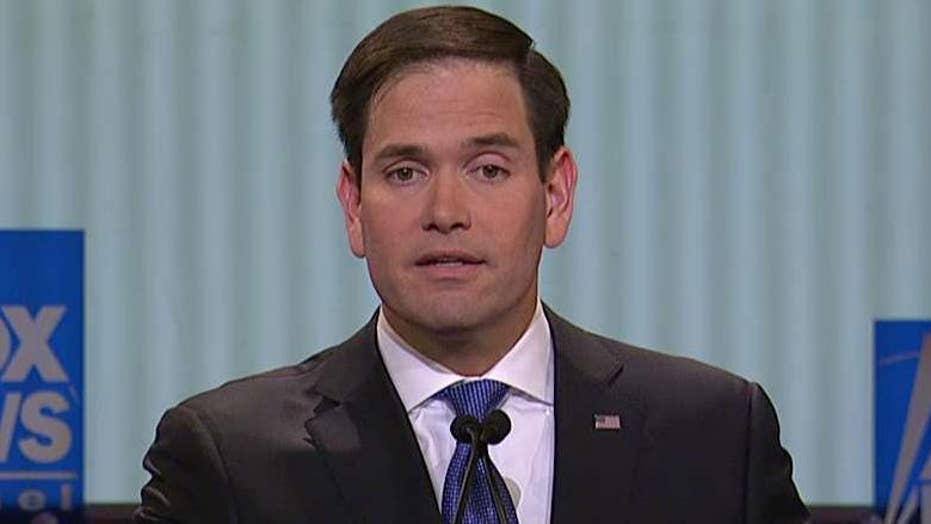 Florida Sen. Marco Rubio came to the defense of Michigan Gov. Rick Snyder on Thursday, claiming the Republican governor took responsibility for the Flint water crisis.  Rubio then slammed Democrats for trying to politicize the issue.

“I give the governor credit,” Rubio said during the Fox News Republican debate held in Detroit. “He took responsibility for what happened and he’s talked about being held responsible for it.”

Rubio criticized Democrats for the way he said they portrayed the situation in the media.

“This should not be a partisan issue,” Rubio said. “The way the Democrats have tried to turn this into a partisan issue – that somehow Republicans woke up in the morning and decided oh, it’s a good time to poison some kids with lead. It’s absurd. It’s outrageous. “

Thursday’s debate took place in Detroit - about 70 miles from Flint.

The water crisis in Flint started after the city left the Detroit water system as part of a cost-saving measure in 2013. Despite warnings, officials didn’t treat the water from the Flint River, which caused lead to leach from pipes into the drinking water.

Despite promises that the water was safe, independent tests in August showed the water contained high levels of lead. In September, a pediatrician, Dr. Mona Hanna-Attisha, compared blood tests and found a spike in lead poisonings in Flint.