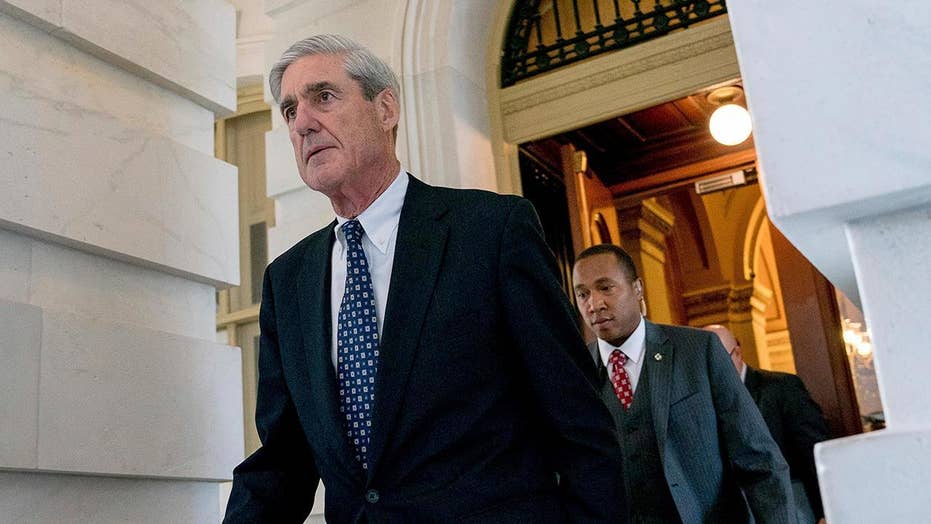 Deputy Attorney General Rod Rosenstein said Monday he was confident Attorney General Bill Barr would make the right decision about how much of Special Counsel Robert Mueller's final report on the FBI investigation into allegations of collusion between the Trump campaign and Russian officials should be made public.

"I think Attorney General Barr is going to make the right decision," Rosenstein said during an event at the Center for Strategic and International Studies in Washington. "We can trust him to do that. He has a lot of experience with this … I think we can count on him to do the right thing." 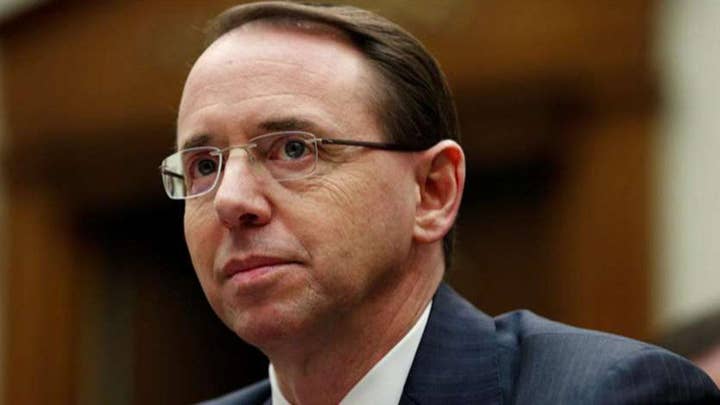 Rosenstein spoke one day after House Intelligence Committee Chairman Adam Schiff, D-Calif., said he was willing to take the Justice Department to court "if necessary" to obtain the full Mueller report.

"We will obviously subpoena the report," Schiff told ABC News' "This Week." "We will bring Bob Mueller in to testify before Congress ... And in the end, I think the department understands they're going to have to make this public."

SCHIFF: DEMS 'ABSOLUTELY' WILL TAKE DOJ TO COURT OVER MUELLER REPORT IF NECESSARY

However, Rosenstein -- who has overseen much of Mueller's day-to-day work since the special counsel's appointment in May 2017 -- appeared to strike a different tone on Monday, saying that "there are a lot of reasons not to be transparent about what we do in government."

"Just because the government collects information doesn’t mean that information is accurate and it can be really misleading if you’re overly transparent about information that the government collects," Rosenstein said. "My view is, the Department of Justice is best served when people are confident that we’re going to operate, when we’re investigating American citizens in particular, we’re going to do it with appropriate sensitivity to the rights of uncharged people."

Justice Department legal opinions have argued that a sitting president cannot be indicted, suggesting prosecutors would not be able to pursue charges against President Trump even if they uncover wrongdoing. That could mean investigators do not make public information they collected on Trump, in deference to the Justice Department's protocol of not disclosing negative information about people it does not have enough evidence to charge or that, for other reasons, it decides against prosecuting.

"The guidance I always gave my prosecutors and the agents I worked with during my tenure on the front lines of law enforcement were, if we aren't prepared to prove our case beyond a reasonable doubt in court," Rosenstein said, "then we have no business making allegations against American citizens."

In response to Rosenstein, Schiff tweeted Monday that the Justice Department had a "double standard," alluding to documents made public following the investigation into former Secretary of State Hillary Clinton's use of a private email server, as well as information Republicans demanded last year during inquiries into the early stages of the FBI's Russia investigation.

"For two years, I sounded the alarm about DOJ’s deviation from just that principle as it turned over hundreds of thousands of pages in closed or ongoing investigations," Schiff wrote. "I warned that DOJ would need to live by this precedent. And it will."

Also Monday, two prominent Republicans on the House Oversight Committee requested that Rosenstein appear before the panel later this week alongside Michael Cohen, the president's onetime personal attorney. In a letter to Chairman Elijah Cummings, D-Md., Reps. Jim Jordan of Ohio and Mark Meadows of North Carolina said Rosenstein should testify in order to give information "about the [Justice] Department's views of Cohen's crimes and conduct."

Jordan and Meadows also said they wanted to question Rosenstein about claims from former FBI Deputy Director Andrew McCabe that Rosenstein suggested secretly recording Trump in the Oval Office and canvassing Cabinet members to invoke the 25th Amendment in order to remove Trump from office. Rosenstein has denied both claims.

Monday's appearance is expected to be one of Rosenstein's last as deputy attorney general. He is expected to step down in March and Trump has nominated Deputy Transportation Secretary Jeffrey Rosen to replace him.

When asked about his time as deputy attorney general, Rosenstein acknowledged that it had been "politically challenging," but added that he was "very confident that when we look back in the long run on this era of the Department of Justice, we'll be proud of the way the Department's conducted itself and the president will deserve credit for the folks that he appointed to run the department."