Mitt Romney was on the front step.

“Hi, Mitt Romney!” one resident exclaimed before the Senate candidate even had a chance to introduce himself.

“Is that pumpkin?” Romney asked another local, who opted for a fist-bump instead of a handshake – as he was carving jack-o’-lanterns inside.

“You caught me in the middle of laundry!” another surprised resident said.

Speaking with Fox News, the 2012 Republican presidential nominee now running for Senate in Utah said he’s mostly getting a warm welcome as he goes door to door.

“I do get, ‘What are you doing here?’” Romney said. “It’s just random, of course, where we show up, and of course the reaction changes from door to door -- some Democrats are not as enthusiastic as some Republicans but by and large, a very big welcome.”

Romney, who holds a commanding lead in recent polls against Democratic opponent Jenny Wilson in Utah’s Senate contest, isn’t canvassing so much to raise his own profile as a Senate candidate. Rather, he’s trying to use his influence to boost down-ballot candidates running races much closer than his own.

“I’ve been actually doing this over the past several weeks, and the idea is to get more Republicans to vote,” he said.

If Romney wins his election to succeed the retiring Sen. Orrin Hatch, R-Utah, he will join a body filled with ambitious lawmakers trying to do what he’s already done twice – run for president.

“I think I’m the one guy that’ll be in the United States Senate – if I get there – that’s actually run for president and not planning on doing it again,” Romney said, in a rare interview. “And as a result of that, I think I have the freedom to really focus on issues that people in our state care about.” 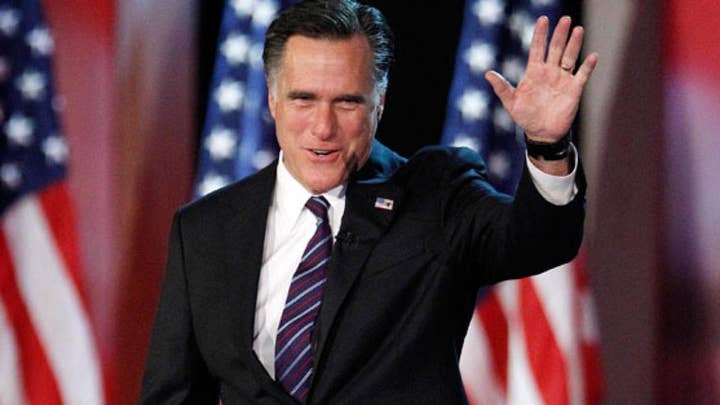 In 2012, more than 60 million people cast ballots for him as the Republican nominee, but his 206 electoral votes weren’t enough to stop Barack Obama’s re-election as president.

Now, he’s got some advice for Hillary Clinton, the 2016 runner-up, who recently said she still wants to be president.

Looking past his experience as a presidential candidate, Romney’s focus is now on just one state – with two parts.

“One is rural, and the other of course is more metropolitan along the Wasatch Front,” Romney said. “And in each area people have the same concern: the heavy hand of the federal government.”

But the campaign isn’t all business.

“We’ve got some Girl Scout cookies here for you,” Romney joked to one resident whose doorbell he rang Tuesday.

And while his focus has been boosting lesser-known candidates, he did manage to gather some informal information about how he’s faring with early ballots.

“You don’t need me,” one resident said.

“I do, I need your vote” Romney replied.

“I’ve already voted for you.”