A video featuring actors Martin Sheen, Robert De Niro and George Takei demanding the public read the full Mueller report is insulting to the American people, according to Tammy Bruce.

The video is also an example of Hollywood's obsession with President Trump, Bruce told Tucker Carlson on Friday on "Tucker Carlson Tonight."

"It's also insulting because they are behaving as though the American people -- or their own constituency, other liberals -- either are too lazy to read, or read it but didn't understand it properly, or have just have given up," Bruce claimed.

DE NIRO, OTHER CELEBS TEAM UP TO ACCUSE TRUMP OF COLLUSION WITH RUSSIA

"It's obviously a group of people who are embarrassed - as they should be. Not just because of this video, but because they did tell people for years that this was going to be the case. It wasn't just about collusion, it was that the president of the United States was a Russian spy."

Bruce suggested some in Hollywood need to let go of their continued focus on the president.

They need to, "get out of this pathological fixation on Donald Trump. They need to admit they were wrong and accept it which is what most Americans do, and move on." 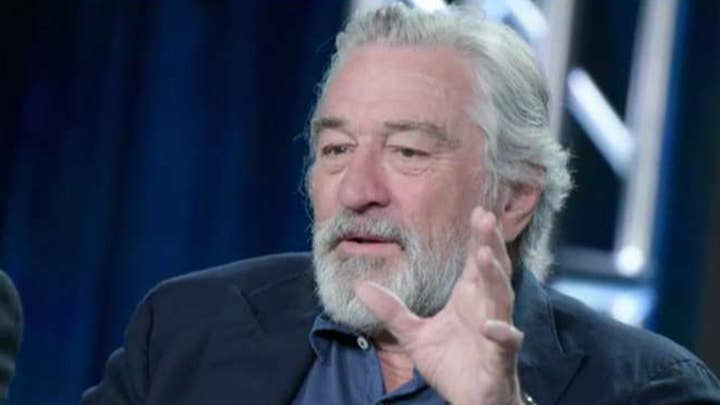 She claimed people like the actors in the video need to feel embarrassed if they believed Trump was a "Russian spy."

In the video, published by NowThis News on Thursday, celebrities pointed to events like the infamous Trump Tower meeting, contacts made by former adviser George Papadopoulos, and Trump telling Russia during a press conference that he hoped they could obtain former Democratic presidential nominee Hillary Clinton's emails.

In the short clip played by Carlson, De Niro is seen saying he believed the Russian government "attacked our democracy."

"West Wing" actor Sheen, who portrayed a president on television, added Russia interfered in the 2016 election "in sweeping and systematic fashion."

"Before the report was even released, Trump's Attorney General William Barr lied about its contents," Sheen claimed.

"All this is in the report. Please, just read it for yourself."

"The Matrix" star Laurence Fishburne said he believed Russia, "made hundreds of contacts with the Trump campaign" in 2016.

Author Stephen King said he believed there has been a "massive covert operation."

"Star Trek" star Takei claimed the Mueller report contains "the most damning evidence ever compiled against a sitting U.S. president."