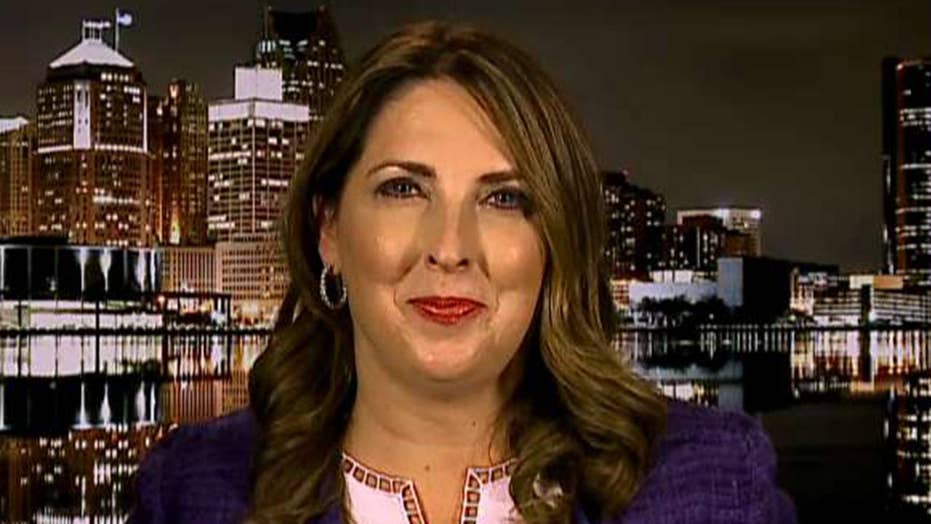 Democratic presidential candidates were dishonest about how 'Medicare-for-all' would raise taxes on 'every single American,' says RNC Chairwoman Ronna McDaniel.

The Republican National Committee (RNC) on Thursday unveiled its logo for next year’s party’s convention in North Carolina.

“Our team is working hard to make sure we re-elect @realDonaldTrump and Keep America Great in 2020,” GOP Chairwoman Ronna McDaniel tweeted with an image of the design.

The logo features the traditional GOP elephant in front of the logo of the city of Charlotte.That crest is a nod to its nickname of the “Queen City.”

According to the city’s website: “Charlotte and its resident county are named in honor of Charlotte of Mecklenburg-Strelitz, the queen consort of British King George III during the time of the city's founding.”

According to The Rock Hill Herald, the formal unveiling of the logo took place at the Spectrum Arena -- where the convention will take place next August -- and as the committee kicked off a push for 8,000 volunteers who will be needed for the multi-day event.

The outlet reported that organizers expect 50,000 visitors for the convention, including 15,000 journalists. The Democratic National Committee will hold its convention a month earlier in Milwaukee, Wisconsin.

Some local leaders have objected to the Republican convention being held in the state and have looked at ways to back out of the agreement to host the convention. Last month, the Charlotte City Council briefly held a discussion on the issue but took no action. A spokesman for Mayor Vi Lyles told Fox News last month that the city’s attorney will continue to explore options for Charlotte to exit the deal.