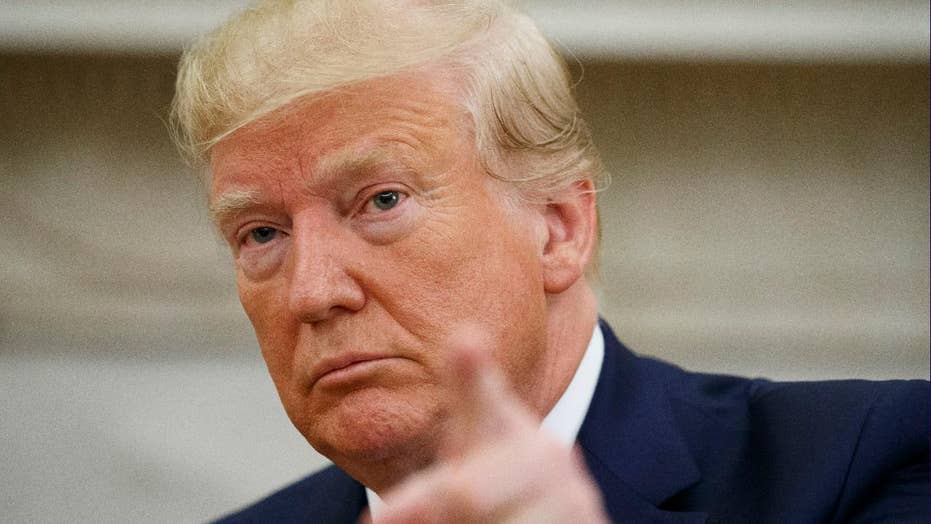 President Trump accuses Democrats of being obsessed with scandals

The odds are extremely slim, but some leaders in Charlotte, North Carolina are holding out hope that the city might be able to find a way to back out of their agreement with the Republican National Committee to host the GOP’s presidential nominating convention next summer.

The Charlotte City Council briefly held a discussion on the issue Monday but took no action. A spokesman for Mayor Vi Lyles told Fox News that the city’s attorney will continue to explore options for Charlotte to exit the deal.

The city council’s conversation on the convention came minutes before it supported a resolution to “strongly condemn” – among other things – Republican President Donald Trump’s recent calls on Twitter for four freshman Democratic congresswomen collectively known as “The Squad” to “go back” where they came from and return once they've fixed problems in their native countries (all but one of the lawmakers were born in the U.S.). Congressional Democrats and even some Republicans have labeled the president’s remarks as racist.

THE LATEST FROM FOX NEWS ON THE 2020 REPUBLICAN CONVENTION

All nine Democrats on Charlotte’s city council voted in favor of the resolution, which specifically calls out the president’s comments and tweets as “racist and xenophobic” It also condemned the chants of “send her back” by Trump supporters at a rally the president held in Greenville, North Carolina last week.

The two Republicans on the council voted against the resolution.

The vote on the resolution was preceded by the discussion on whether the city could get out of its agreement to host the 2020 Republican convention.

Some citizens, speaking at the council meeting, urged city leaders to rescind the invitation to host the convention.

City Attorney Patrick Baker – who looked into such options in recent days at the behest of some council members - reported that there was no legal option for Charlotte to back out of the deal.

Baker noted that there would be a pathway for the city to exit the agreement if there was a breach of contract by one of the partners in the deal – but added that to date, there’s been no evidence of that happening.

The organizations that are a part of the agreement to hold the convention in Charlotte include the Republican National Committee, the Charlotte 2020 Host Committee, the Mecklenburg County Regional Visitors Authority, and the city of Charlotte.

Baker warned that if the city council breaks its agreement with the RNC, it would suffer financial penalties and would likely be sued.

A spokesman for mayor said that Baker would continue to monitor whether any of the parties to the convention agreement breach the deal.

Fox News’ reached out repeatedly to the RNC for comment but did not receive a response.

The city council voted 6-5 last year to approve the bid to host the Republican convention.