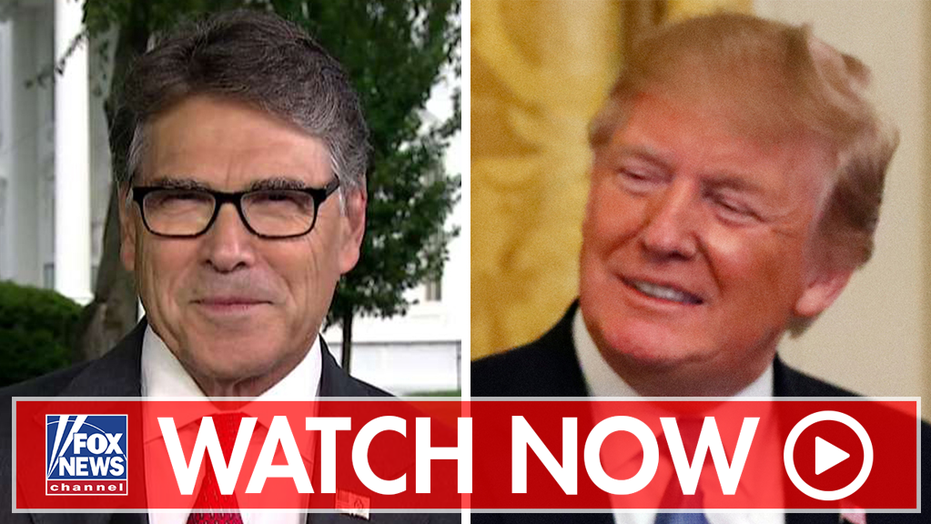 President Trump is getting a raw deal from critics who claim he isn't concerned with respecting the environment, according to Energy Secretary Rick Perry.

The administration's work to promote the use of American natural gas is a testament to that, while doubling as a boon for the economy, Perry claimed Monday on "The Story."

"I'm always amazed that people would say that," Perry said, in response to a question about critics wondering why Trump spoke about the environment in a recent speech.

In addition, Perry claimed Trump has, "a great story to tell," and should possibly speak about it more often.

Think about, "the jobs that get created, and the wealth, and the quality of life that comes with that," the former Texas Republican governor added.

"I don't find it odd at all that President Trump is talking about the environment."

On the debate over climate change, Perry agreed the phenomenon is occurring but left open possible reasons for it.

"We can have arguments about it isn't happening for this reason or that," he said.

"I think we all agree on that. We need to live in a world that has cleaner air. America and American natural gas, American innovation -- that's what's going to change the world from the standpoint of having clean air."