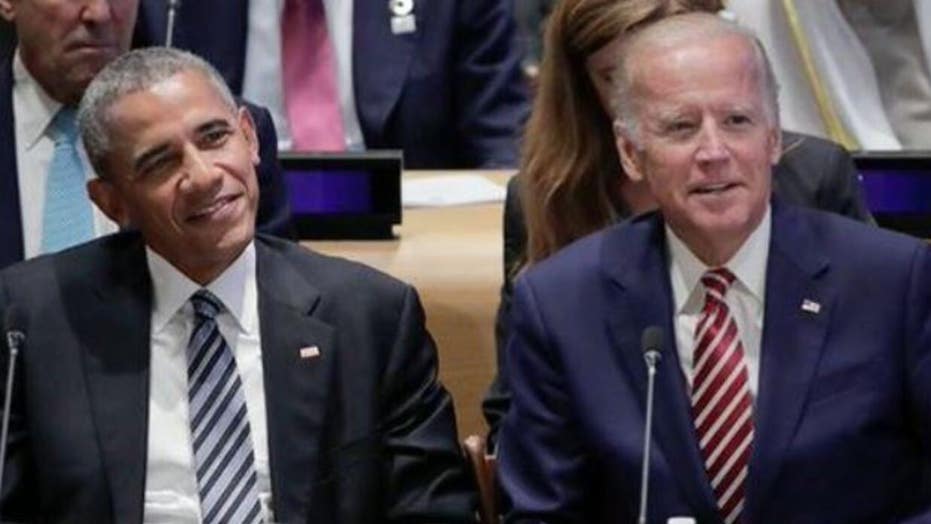 Is Obama on a 'rescue mission' to resuscitate Biden's fundraising campaign?

Joe Biden’s presidential campaign says former President Obama’s return to the campaign trail on his behalf is already a success.

The presumptive Democratic presidential nominee’s campaign announced hours before a Tuesday afternoon virtual grassroots fundraiser co-hosted by Obama and Biden that $4 million had been raised so far by the event from more than 120,000 contributors.

Biden aides spotlighted that the haul from the Obama-Biden event had already far surpassed the $1 million raised from 35,000 donors at a grassroots fundraiser last month with Biden and one-time 2020 Democratic primary rival Pete Buttigieg, the former South Bend, Indiana mayor.

For Obama, the virtual event marks a return to the presidential campaign trail. It’s the former president’s first event for Biden since endorsing his right hand man in the White House for 8 years. Obama stayed neutral in the wide open Democratic primary race – which at one point sported a roster of more than two dozen candidates. He gave his support to Biden in April after the former vice president’s final rival, Sen. Bernie Sanders of Vermont, suspended his campaign and endorsed Biden.

The joint fundraiser is expected to kick off a busy schedule for the former president busy scheduled heading into the fall on behalf of Biden and down ballot Democrats.

A Democratic strategist familiar with Obama’s thinking tells Fox News that "Tuesday’s grassroots fundraiser is a smart first campaign event for President Obama – helps direct resources to the campaign while reinforcing his deep-rooted messages core to his entire public life: the importance of the grassroots, building a movement, getting involved.”

The strategist – who asked to remain anonymous – noted that in 2018 Obama “was the top requested surrogate in the country. His approval rating is 20 points higher than President Trump. And in 2020 there’s nobody better positioned to make the case for Joe Biden."

Obama’s appearance at Tuesday’s fundraiser is about much more than the money.

The event comes amid the coronavirus pandemic and nationwide protests the past month over police brutality against minorities and the larger question of systemic racism that were sparked by the death of George Floyd.

And it comes as Biden’s continuing to reach out to the progressive wing of the Democratic Party as well as voters who backed Obama in 2008 and 2012 but voted for President Trump in 2016.

But while political strategists and pundits agree that an active Obama can only help Biden as well as down-ballot candidates this autumn, in the end there’s only so much a surrogate can do. Then-President Obama aggressively stumped for Hillary Clinton in the 2016 general election, but the Democratic nominee came up short.

“The lure of President Barack Obama still can’t give the Biden campaign the level of unprecedented enthusiasm we see nightly from millions of President Trump’s supporters," Trump campaign deputy press secretary Ken Farnaso said. "President Trump built a historically strong economy once and he is doing it again. In contrast, the Obama/Biden dismal track record of record-slow economic recovery and high taxes devastated our economy and come November the American people will not put our country in the hands of that same failed leadership.”