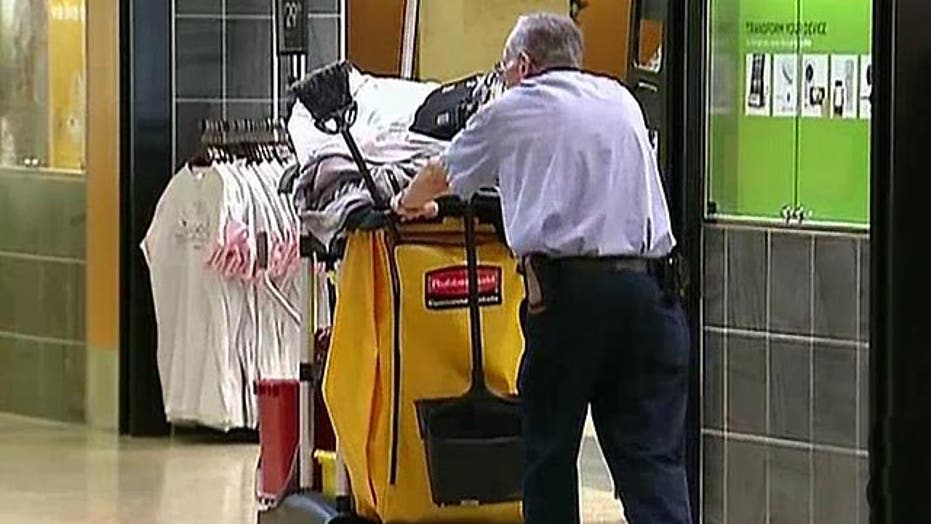 Why some employees oppose a minimum wage hike

Dan Springer reports on how workers are pushing back

Critics are blasting a New York Wage Board decision to hike the minimum wage to $15 an hour for fast food establishments that threatens to close hundreds of businesses.

The International Franchise Association, which represents tens of thousands of major chain restaurants and their franchisees, said that the decision could lead to massive job losses and closed stores.

The "New York wage board decision to discriminate against the quick service food industry will cost jobs and potentially cause small businesses to close," IFA president & CEO Steve Caldeira said in a statement. "Applying a new mandatory minimum wage increase to a narrow group of businesses creates an un-level playing field for owners that provide important entry-level jobs and valuable experience for millions of workers across the state of New York."

A wage board consisting of two labor friendly appointees and one entrepreneur voted to hike the starting wage to $15 -- more than double the $7.25 federal level and a 70 percent increase from the $8.75 statewide wage -- after several weeks of hearings. The board convened after a years-long pressure campaign by labor giant Service Employees International Union (SEIU) targeting McDonalds and other fast food establishments. SEIU spent more than $20 million on front groups that sponsored protests at McDonalds locations across the country in 2014.

The wage hike could have an immediate effect on small businesses. The franchise model relies on entrepreneurs paying licensing fees to parent companies in order to operate under the company umbrella; the typical franchisee takes home about $50,000 each year with one-in-three restaurant owners earning less than $25,000 per year. The new $15 minimum wage would give the average full-time fast food workers a starting salary of more than $30,000.