Trump rips McCready for disloyalty to US, favoring sanctuary cities

Media outlets lavished attention this year on a study that found hate crimes were a whopping 226 percent higher in counties where President Trump has held rallies -- but researchers at another university are challenging those findings, saying there is no link between the two things once a basic flaw in the calculations is fixed.

The original unpublished study was covered by The Associated Press, The Hill, Wired, US News and World Report, and Business Insider. Those outlets cited a "study" without noting it had not been published in any journal.

They first copied the unpublished study’s own methods and data. Using that, they repeated the same analysis for Hillary Clinton's 2016 rallies. They reported finding that hers correlated with an even greater rise in hate crimes than Trump's rallies did.

But the uptick is not necessarily because either of them were inflaming racial tensions. Rather, the researchers contend, it was due to flawed research methods. The new analysis suggested that the original researchers did not properly consider the populations of those counties – overlooking the detail that politicians tend to hold rallies in places with higher populations, which often see more hate crimes.

They said researchers found the huge 226 percent increase because they compared those Trump-hosting populous counties with counties all across the country. The original authors' paper did not compare hate crimes in the same counties before and after rallies. 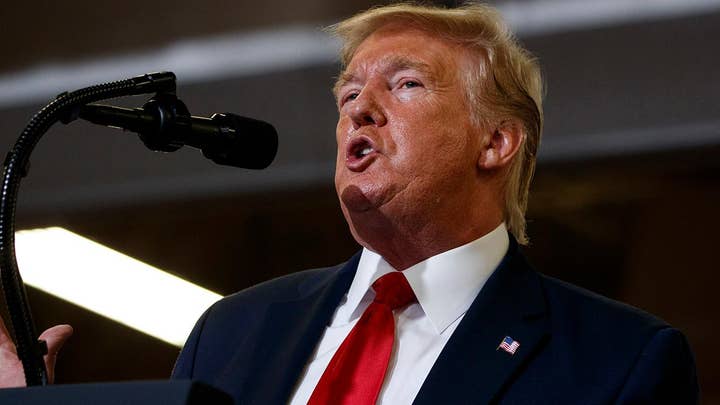 When the Harvard Ph.D. candidates adjusted the number of hate crimes to account for a county’s population size, they found that there was no impact in places with Trump or Clinton rallies.

"The study is wrong, and yet journalists ran with it anyway," Lilley and Wheaton wrote in a summary on Reason.com, where they first publicized their findings.

The authors of the original study – three professors at the University of North Texas – defended their work to Fox News.

While their draft paper does not address the population issue, they said they have completed previously unreleased analyses that do – and while those analyses find an increase much smaller than 226 percent, they still find an increase.

"The results of this auxiliary analysis renders findings that are both directionally consistent and statistically significant," study author Regina Branton, a professor of political science at the University of North Texas, told Fox News.

She, along with Ayal Feinberg and Valerie Martinez-Ebers, showed Fox News their extra analysis factoring in population, which still claimed a 118 percent increase.

Lilley and Wheaton said the original researchers made another mistake and incorrectly controlled for population, by failing to take a “log” (logarithm) of population while using a statistical model that requires it, the details of which they outline in their critique.

Another statistics expert agreed with Lilley and Wheaton.

“If you use [the model used in the paper], you must use the log of population,” Carl Moody, an economics professor at the College of William and Mary who studies statistical research methods, told Fox News.

Feinberg's reply? "We stand by our methods and our results.”

Feinberg said the authors have thoroughly considered the statistics and are proceeding through the standard peer-review process that evaluates papers for formal publication.

Feinberg, Branton, and Martinez-Ebers also sent Fox News another previously unreleased analysis finding a 61 percent increase in hate crimes when comparing the same counties before and after rallies.

Lilley and Wheaton argue that the researchers failed to adjust for seasonal trends in hate crimes throughout the year.

Lilley and Wheaton have released their own data and analysis online. They said routine research methods shouldn’t have slipped by professors and the media for months, and suggest lack of political diversity may be to blame.

In universities, “liberals outnumber conservatives six to one,” the two noted in their Reason article, adding that in journalism there are “four times as many reporters identifying as Democrats than as Republicans.”

The original authors defend their impartiality.

“We fully and passionately reject any notion outright that our research is biased or was motivated by bias,” the original study authors wrote in a statement to Fox News.

They added that if their results had gone the other way, they would have publicized that, too. And speaking to the original findings, they said since the study came out, they’ve received “vile comments and threats from self-identified angry Trump supporters via email and telephone. Some of these comments have used extremely offensive prejudicial language to target our perceived ethnicity and gender.”

They described this response as constituting a “tremendous irony.”

Other Trump supporters pushed back on that narrative.

“It’s downright wrong for the media to jump all over the idea that Trump rallies cause hate crimes,” Scott Presler, a Trump volunteer and activist, told Fox News. “The reality is the majority of Trump supporters are working-class families who deeply respect the president because he’s keeping his promises.”

Maxim Lott is Executive Producer of "Stossel TV" and creator of ElectionBettingOdds.com. He can be reached on Twitter at @MaximLott