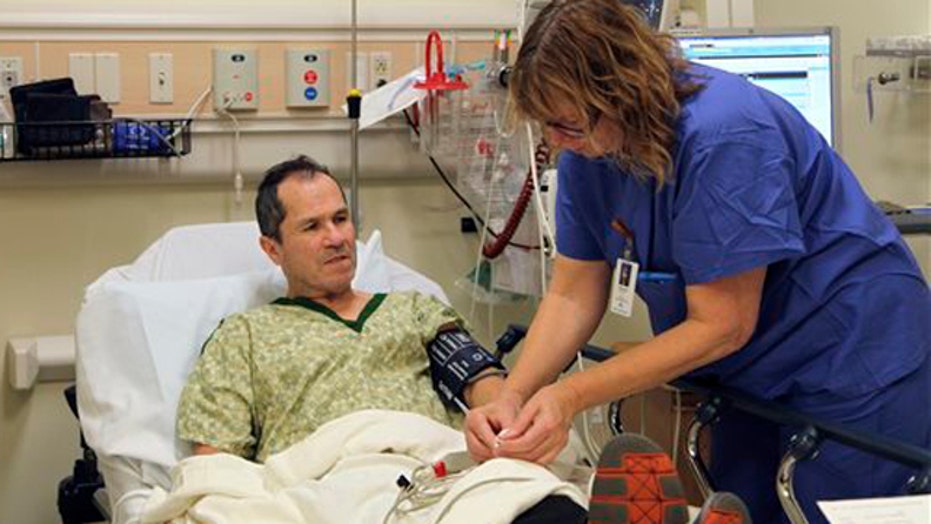 Congressional Republicans are unveiling what they say is a new plan to repeal and replace ObamaCare, but the ‘blueprint,’ as they call it, looks an awful lot like what’s been floated before.

The first bicameral proposal of the 114th Congress calls for the outright repeal of President Obama’s signature health care law, and with that, the individual mandate to buy insurance or pay a fine.

It provides for targeted tax credits to individuals and families up to 300 percent above the poverty line to encourage people to buy plans in the market place.

It also allows insurers to sell plans across state lines and caps the amount of monetary damages that can be awarded in medical malpractice litigation.

Like the Affordable Care Act, dependents are able to stay on their parents’ healthcare plans until they’re 26, and no one can be denied coverage for pre-existing conditions -- although this plan calls for a specific ‘continuous coverage’ protection where individuals moving from one plan to another cannot be denied.

To pay for it, Burr, Hatch and Upton propose taxing the value of health insurance plans above $30,000 a year as regular income.

If these proposals sound familiar it’s because most of them are. Many are based on an outline pitched last year by Burr, Hatch, and former Sen. Tom Coburn, R-Okla.

An aide familiar with the plan said one of the reasons there are no massive changes is they thought they had a decent product last year based on feedback they’ve gotten.

Even if it’s viable don’t expect a vote -- in either chamber -- anytime soon. Aides are very quick to point out that this should not be hailed as the “GOP Plan.”

It’s just one plan, as one adviser put it, and more input from governors and legislators will be needed before anything moves forward. Even hearings haven’t yet been discussed.

There currently is a case about to come before the Supreme Court challenging ObamaCare’s subsidies for private insurance for people who don’t have access to it through their jobs. If that provision is struck down, millions of consumers could drop coverage.

A larger bill, still, will almost certainly wait until there is a new occupant in the White House.

One aide said, as the president is not repealing his bill, Republicans are putting together a credible plan – and preparing for 2017.