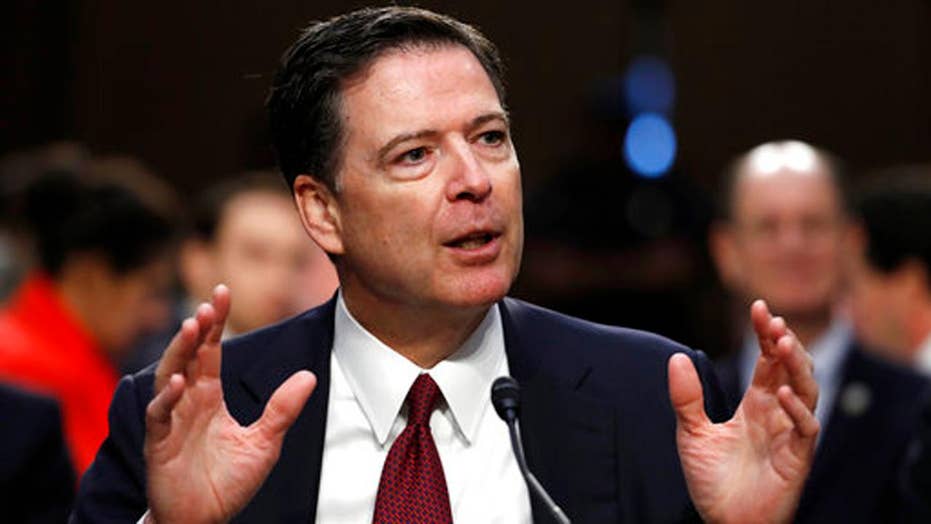 He testifies president lied to him

Republicans on Sunday urged President Trump to clear the air on whether he has tapes of private conversations with former FBI Director James Comey and, if he does, to provide them to Congress.

The latest remarks were signs of escalating fallout from the highly-anticipated testimony given by Comey last week.

"I don't understand why the president just doesn't clear this matter up once and for all," said Sen. Susan Collins, R-Maine, a member of the Senate Intelligence Committee. She added that she would support a subpoena for the tapes if needed.

Sen. James Lankford, R-Okla., who is also on the committee, agreed the panel needed to hear any tapes that exist. "We've obviously pressed the White House," he said.

Trump's aides have dodged questions about whether conversations relevant to the Russia investigation have been recorded, and so has the president. Pressed on the issue Friday, Trump said "I'll tell you about that maybe sometime in the very near future."

Lankford added that Attorney General Jeff Sessions’ testimony Tuesday will help flesh out the truth of Comey’s allegations, including Sessions' presence at the White House in February when Trump asked to speak to Comey alone. Comey alleges that Trump then privately asked him to drop a probe into former national security adviser Michael Flynn's contacts with Russia.

Comey also has said Sessions did not respond when he complained he didn't "want to get time alone with the president again." The Justice Department has denied that, saying Sessions stressed to Comey the need to be careful about following appropriate policies.

"We want to be able to get his side of it," Lankford said.

Trump on Sunday accused Comey of "cowardly" leaks and predicted many more from him. "Totally illegal?" he asked in a tweet. "Very 'cowardly!'"

Several Republican lawmakers also criticized Comey for disclosing memos he had written in the aftermath of his private conversations with Trump, calling that action "inappropriate." But, added Lankford: "Releasing his memos is not damaging to national security."