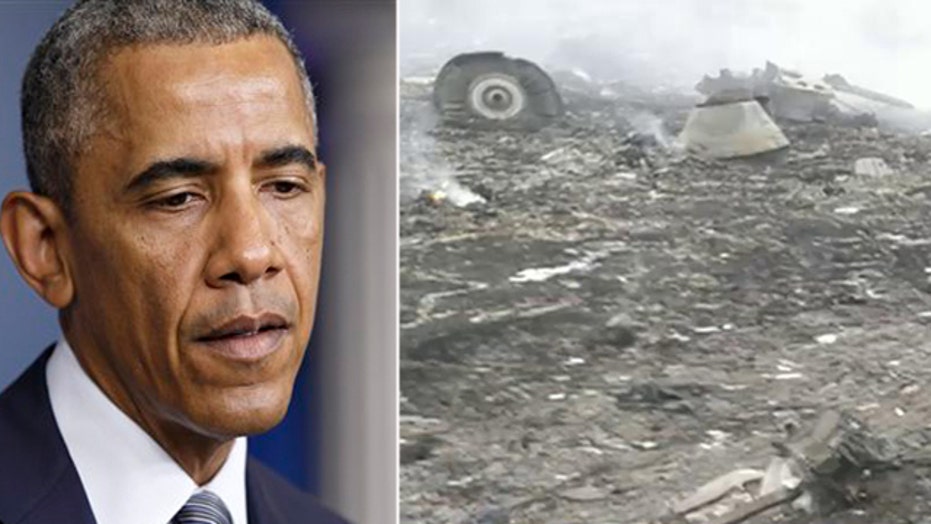 Is Obama capable of giving Russia a 'shock to the system'?

Amb. John Bolton on president's approach to Russia after the downing of Malaysia Flight MH17. #MH17

Republicans are assailing President Obama's decision to attend two fundraisers in New York City Thursday night after 295 people perished when a Malaysian passenger jet crashed in Ukraine after an apparent rocket attack and Israel launched a ground war in Gaza the same day.

Republican National Committee Chairman Reince Priebus took to Twitter to launch a broadside against Obama for going through with the fundraisers benefiting House and Senate Democrats.

“With all that is going on, the last thing the President should be doing is fundraising right now. Now is a time for leadership,” Priebus tweeted.

Sen. John McCain, R-Ariz., was far harsher in his assessment.