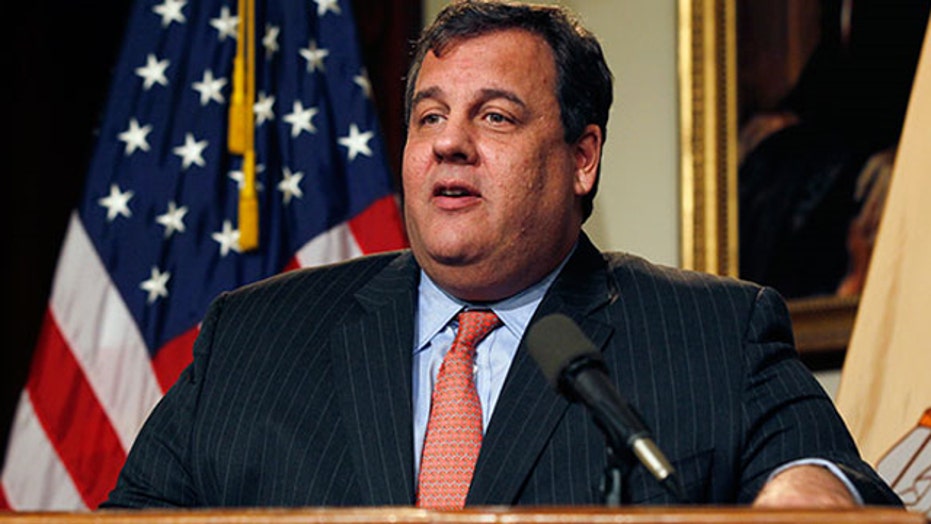 Are new Christie charges a 'blockbuster'?

Republicans leaders pledged their support Sunday for fellow party member and New Jersey Gov. Chris Christie, embattled in a government scandal that continues to threaten his governorship and political future.

Louisiana GOP Gov. Bobby Jindal said Christie should not resign from his chairmanship of the Republican Governors Association, amid fears his fundraising ability has been diminished and his presence on 2014 campaign trails has become a liability for Republican candidates.

“I think he ought to stay,” Jindal, the RGA co-chairman, said on CNN’s "State of the Union." "No one governor is more important than the other... . What really matters is the RGA is a place where our governors come together.”

Christie, consider a top potential 2016 GOP presidential candidate, has been plagued by the scandal since it surfaced last fall.

Christie’s chief of staff and an appointee to the Port Authority of New York and New Jersey purportedly conspired to close access lanes from Fort Lee to the George Washington Bridge in September 2013 as political retribution for the city’s mayor not supporting Christie’s successful re-election effort.

Christie has steadfastly denied ordering the closures and having prior knowledge of them, holding a two-hour press conference last month on the issue and on Saturday fighting back against a New York Times story in which a lawyer for the since-resigned appointee, David Wildstein, said “evidence exists” that Christie knew about the closures.

“I don’t think he should step down,” the Wisconsin Republican said on ABC’s “This Week.” “It’s is one person’s word against another’s. … You always give the benefit of the doubt in these types of situations.”

Ryan also said the considers Christie a "friend" and thinks he has been "a fantastic governor."