Multiple members of Congress including Reps. Ilhan Omar, D-Minn., and Alma Adams, D-N.C., were arrested by Capitol Police Tuesday afternoon outside the Supreme Court building during an abortion rights protest.

"Today I was arrested while participating in a civil disobedience action with my fellow Members of Congress outside the Supreme Court. I will continue to do everything in my power to raise the alarm about the assault on our reproductive rights!" she wrote.

Capitol Police warned demonstrators that they would be taking action.

"It is against the law to block traffic, so officers are going to give our standard three warnings before they start making arrests," Capitol Police tweeted. 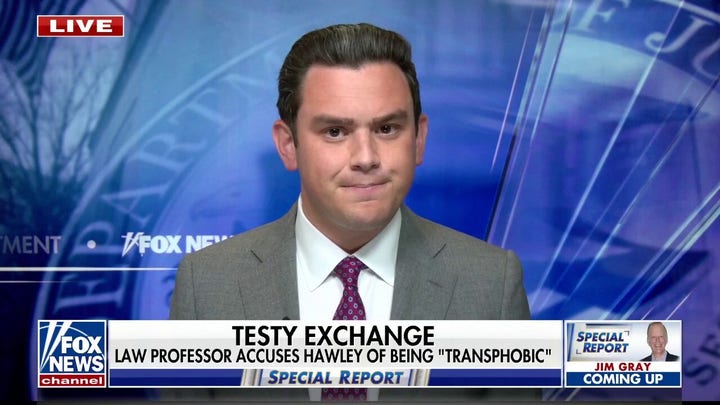 Minutes later, they announced that "[s]ome of the demonstrators are refusing to get out of the street, so we are starting to make arrests."

Capitol Police later tweeted that they arrested 34 people in total, including 16 members of Congress.Video from the scene showed Rep. Alexandria Ocasio-Cortez, D-N.Y., being led away by police with her arms crossed behind her back, though no handcuffs were visible.

Authorities did not specify which members of Congress were arrested.

Rep. Carolyn Maloney, D-N.Y., released a statement after her arrest, saying "there is no democracy if women don't have control over their own bodies and decisions about their own health, including reproductive are."

"I have the privilege of representing a state where reproductive rights are respected and protected – the least I can do is put my body on the line for the 33 million women at risk of losing their rights," she said.

"Today we marched to the SCOTUS to protest the radical right-wing decision to overturn Roe," she tweeted. "It’s time for some good trouble. We won’t go back."

Abortion rights protests outside the Supreme Court building have been prevalent ever since a draft of the opinion in Dobbs v. Jackson Women's Health Organization leaked. The final opinion, released in June, overturned Roe v. Wade, reversing the high court's previously held position that abortion was a constitutional right.

The ruling has prompted significant backlash against the high court and attacks on the offices of pro-life groups across the country.