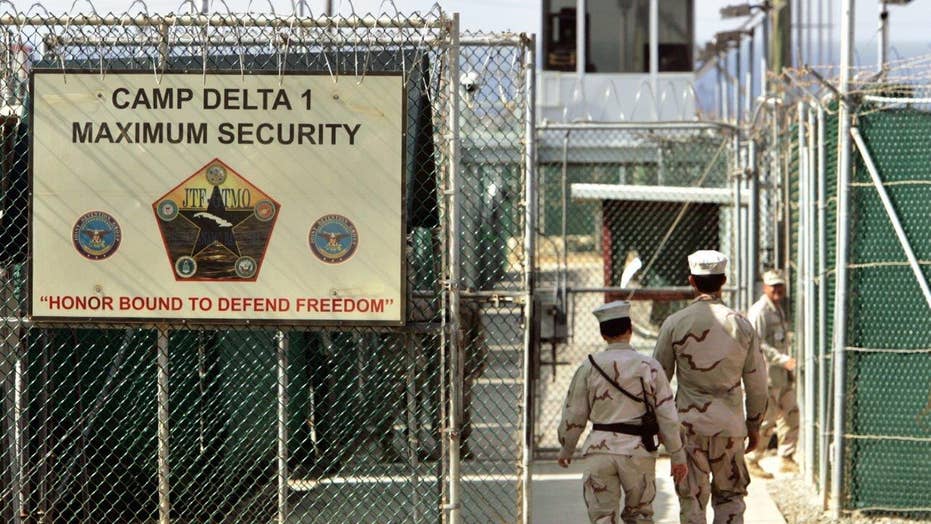 President's plan to close Gitmo gets pushback from Pentagon

The Pentagon has been delaying the White House’s ongoing effort to empty and close the detention center at Guantanamo Bay, Cuba, Reuters reported Tuesday.

President Obama’s call to close the Guantanamo Bay prison was one of the earliest and most significant hallmarks of his administration’s agenda. A new report from Reuters said the administration’s effort has been hampered by “bureaucratic obstacles” from officials at the Pentagon.

The report also said that allegations of such delays were a factor in the dismissal of former Defense Secretary Chuck Hagel in February 2015.

The Pentagon has been refusing to provide essential documents, including medical records and photographs, to officials from foreign governments who have been in discussions with the United States to accept prisoners that have been released, the report said.

It cited the case of Yemeni inmate Tariq Ba Odah, who has been in US custody at the prison for much of the last 14 years, seven of which he has been on a hunger strike. The State Department in September invited officials from a foreign government to the U.S. to try to motivate them to take custody of Ba Odah.

Over the course of his hunger strike, Ba Odah had lost nearly half his body weight, and the foreign officials wanted to see the 74-pound man’s medical records.

When asked to release Ba Odah’s medical file, the Pentagon declined, citing patient privacy concerns. As of late December, he is still being held in Guantanamo.

Pentagon spokesman Gary Ross took issue with the Reuters report's accusations of detainee transfer delays, telling the outlet that “No foreign government or U.S. department has ever notified the Department of Defense that transfer negotiations collapsed due to a lack of information or access.”

The accused delays in the detainee transfer process were a factor in Obama’s decision to remove Hagel from his former post, former administration officials told Reuters.

Hagel, while apparently not confirming or denying allegations surrounding his Pentagon departure, told Reuters in an interview that being cautious about transferring Gitmo prisoners was the responsible thing to do. He cited situations in which detainees have returned to the battlefield to fight the United States: “Look at where most of the casualties have come from. It’s the military,” he said.