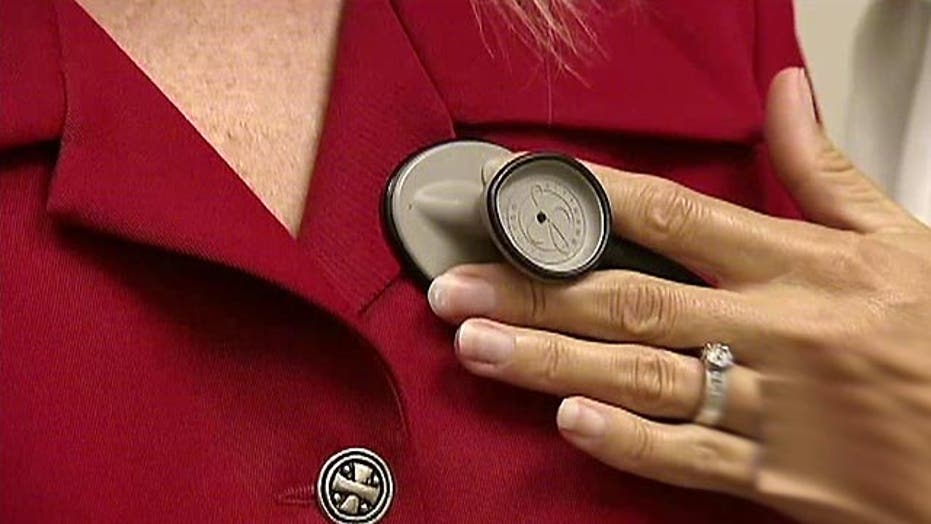 Will it end up costing workers more?

A national business group representing the nation’s large employers reported Wednesday that companies desperate to avoid a 40 percent ObamaCare “Cadillac tax” are finding ways to shift the costs to workers.

The so-called “Cadillac tax,” now four years away, will affect health plans that spend more than $10,200 per worker.

“The excise tax, when it hits in 2018, will affect both employers and employees,"said Brian Marcotte, president of the National Business Group on Health.

Employees will get incentives to reduce costs through such arrangements as wellness programs, including losing weight or stopping smoking.

Meanwhile, employers are shifting workers into plans with higher deductibles, just as ObamaCare does in the health care exchanges, and using health savings accounts to help defray the costs.

Another cost saver, Marcotte added, is to increase premiums for spouses who have access to other plans.

"If the spouse has coverage through their own employers, employers are beginning to charge more if they elect to stay on their employee’s plan rather than go with the spouse's plan."

Rosemary Gibson of the Hastings Center said, "Employees are going to be paying more and more of their income for health care. And the same with people even on these exchanges if they don't get subsidies."

The “Cadillac tax” was originally intended to take effect sooner, but unions and other groups convinced officials to delay it until 2018, reducing the anticipated income from $137 billion to $80 billion over ten years. But many analysts predict it will be far less than that.

Henry Aaron of the Brookings Institution said, "before then, it's expected that most of the businesses that offer that form of insurance will back off and make the insurance less generous, so the tax won't bite."

Robert Laszewski of Health Policy and Strategy Associates said he doubted many will end up paying the tax.

One analyst noted the tax had less to do with health care than it did with revenue.

"The ‘Cadillac tax’ is not about health care, it's about the money.It's about getting the money," said Dan Mendelson of Avalere Health.

But if employers are able to avoid it and less than expected is collected, ObamaCare could fall tens of billions short in paying for itself as promised.

Meanwhile, the administration has sent letters to 310,000 people signed up for the exchanges threatening to cut off their insurance if they don't submit missing verification of their citizenship by September 5.

At the same time, Rep. Diane Black, R-Tenn., sent a letter to the Department of Health and Human Services Wednesday noting that its own Inspector General had found "1.2 million applicants have unresolved inconsistencies related to income verification."

She pointedly asked if there was an action plan or a deadline to deal with them, noting $17 billion will be paid in subsidies this year alone.