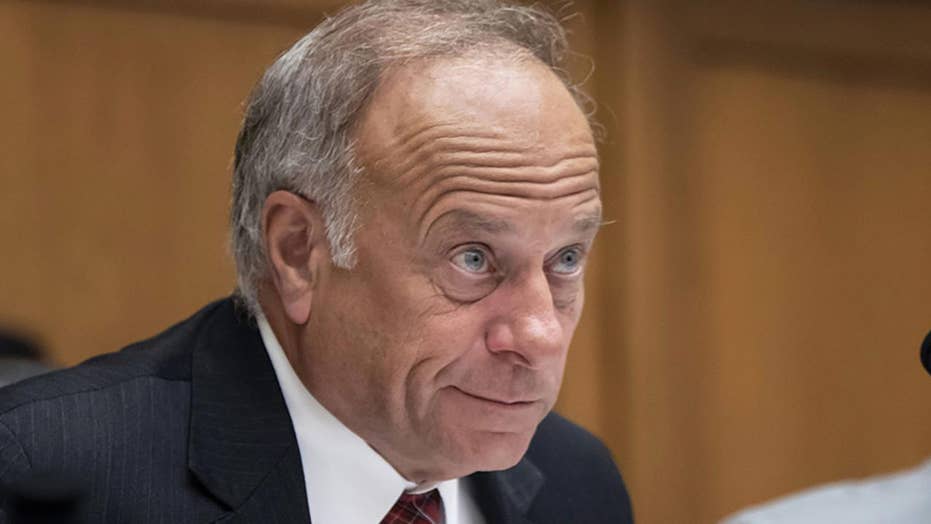 After the Buzz: The right turns on Steve King

Once again, House Republican leaders last week found themselves having to answer for the offensive statements of Rep. Steve King, R-Iowa. This time King further confirmed his insensitivity and evidently racist approach to public policy.

In a frank Washington Post op-ed, Sen. Tim Scott, R-S.C., asked, “Why are Republicans accused of racism? Because we’re silent on things like this.”

To their credit, many Republican office holders were quick to condemn the provocative remarks, with Iowa Sen. Joni Ernst tweeting, “I condemn Rep. Steve King’s comments on white supremacy; they are offensive and racist – and not representative of our state of Iowa.”

Sen. Ted Cruz, R-Texas, was also fed up, telling NBC’s Meet the Press, “What Steve King said was stupid. It was stupid, it was hurtful, it was wrong. And he needs to stop it. I think all of us ought to be united regardless of party in saying white supremacism, white nationalism is hatred, it is bigotry, it is evil, it is wrong. And I think we need that clarity. And I'm certainly going to urge everyone to provide that clarity."

Such acknowledgments are important and necessary. But words are not enough. We have had tweets, apologies and talk. Enough words. Now we need action. It is time to do what is right and remove King from his position on the House Judiciary Committee. We cannot afford to be silent.

If this were a one-time gaffe or misunderstanding, such dramatic action would not be necessary. Unfortunately, this is not the first time King has overstepped and offended.

In July 2013, King said this about DREAMers – the illegal immigrants who were brought to America as children: They “aren’t all valedictorians; they weren’t all brought in by their parents; for everyone who’s a valedictorian, there’s another 100 out there that they weigh 130 pounds, and they’ve got calves the size of cantaloupes because they’re hauling 75 pounds of marijuana across the desert.”

There are too many such statementsn for any one of them to qualify as a simple gaffe.

A clear message can be sent by the Republican conference when they vote to confirm the Steering Committee’s recommendations designating which members serve on the various committees. The House Judiciary Committee, with jurisdiction over immigration, is not the place for King.

For his part, King tweeted, “Today the New York Times is suggesting that I am an advocate for white nationalism and white supremacy. I want to make one thing abundantly clear; I reject those labels and the evil ideology they define.”

Sadly, this has become a pattern, and action will send an important message. It is time for the House Republicans to take action and make sure there is a consequence for this abhorrent approach to solving our nation’s challenges.