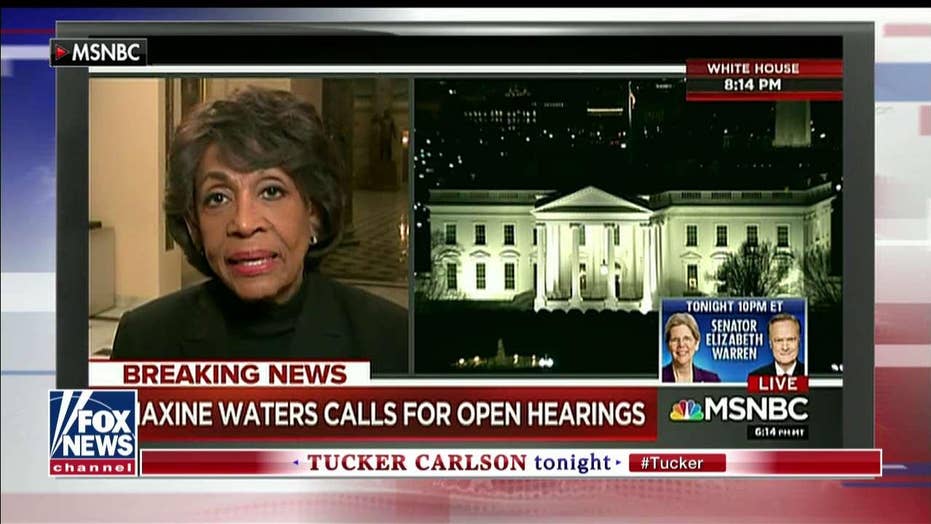 Maxine Waters Says Manafort a Russian Plant in the Campaign

Maxine Waters Says Manafort a Russian Plant in the Campaign

Rep. Maxine Waters launched a scathing attack on President Trump, calling him “unworthy” and saying that “God will never forgive” him.

Waters unloaded on the president in eight tweets late Monday night, starting with a criticism of his meeting with Kim Jong Un last week.

“Lying Trump came away from fake summit with terrorist & killer Kim Jong-un w/ nothing because Kim never intended to offer anything. Don the con man got conned! Hey number 45, are you still in love w/ Kim?” the California Democrat wrote.

MAXINE WATERS SAYS FOR TRUMP 'IMPEACHMENT IS THE ONLY ANSWER'

“Lying Trump said he believes killer Kim Jong Un, that he didn't know what happened to #ottowarmbier. Now he wants to flip the script. No one can believe this unworthy president. He is the most prolific, consistent, good for nothing liar this country has ever experienced.”

Waters then turned her attention to the killing of Saudi writer Jamal Khashoggi last October inside the Saudi Consulate in Turkey.

The killing came at the directive of Saudi Crown Prince Mohammed bin Salman (MBS), the CIA determined, according to a report in the Wall Street Journal. But Trump and Secretary of State Mike Pompeo have challenged that claim.

Trump said he was unsure whether the Saudi Crown Prince knew about the murder.

In her Monday tweet, Waters accused Trump of "siding" with the crown prince.

“The killing with the chainsaw & dismemberment of #JamalKhashoggi by the Saudis is the most gruesome & heartless act imaginable!... Trump, God will never forgive you for siding w/ MBS on this murder,” she wrote.

Waters then turned her attention to issues relating to the Mueller report and Jared Kushner’s security clearance.

“Hey Manafort, Cohen, Flynn, Gates, Papadopoulos, & Stone, its truth telling time, and the truth will free your heart and soul -- but no guarantees freedom from prison time,” she wrote.

“Lying Trump, so you said you did nothing to force security clearance for Kushner, huh? Who do you think will believe that lie? Must give you credit. You are the boldest, most daring liar I've ever heard of.  A pox on all your houses.

“Trump, you have screamed no collusion and no obstruction of justice so many times, trying to influence others, that I think you really believe your own lies. Just stop it. No honesty. No truth. No trust. No patriotism.”

MAXINE WATERS SAYS TRUMP 'IS NOT WORTHY OF BEING LISTENED TO'

Waters then finally closed her attack by tweeting: “For the faint of heart, who've been waiting for every "t" to be crossed and every "i" to be dotted, now is the time to demonstrate your patriotism. Support impeachment!”

Waters and Trump have feuded for much of his time in office, with the president previously dubbing her the “face of the Democrats” over remarks inciting protesters to harass Trump officials in public spaces.

"If you see anybody from that Cabinet in a restaurant, in a department store, at a gasoline station, you get out and you create a crowd and you push back on them, and you tell them they're not welcome anymore, anywhere,” she said.

She later told MSNBC that protesters are “going to absolutely harass them.”