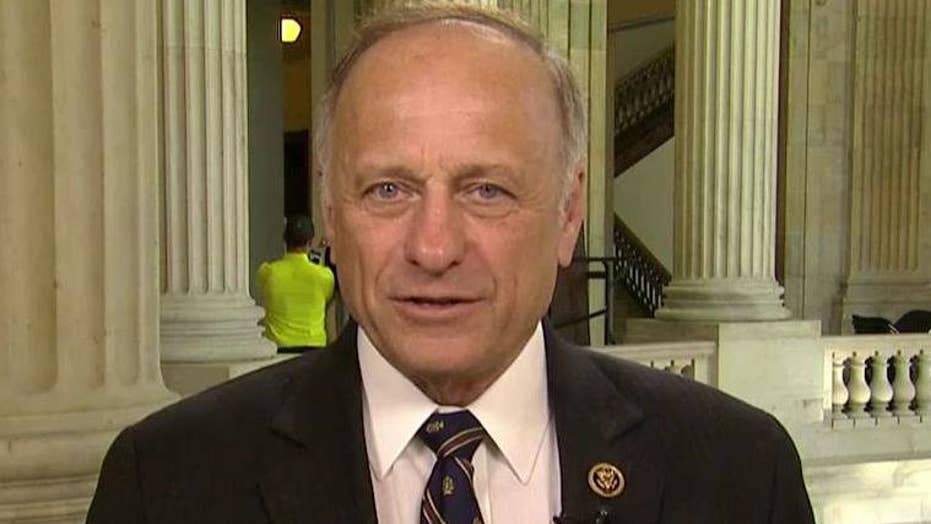 CLEVELAND – Iowa GOP Rep. Steve King caused a stir Monday with controversial remarks on the sidelines of the Republican National Convention questioning the contributions of non-whites in society.

When Pierce said the Republican Party continues to cater to disaffected white people, King pushed back.

“This 'old white people' business does get a little tired, Charlie," King said. "I'd ask you to go back through history and figure out: Where are these contributions that have been made by these other categories of people that you're talking about? Where did any other subgroup of people contribute more to civilization?"

Ryan weighed in, asking about contributions from Africa and Asia.

Hayes said, “Let me note for the record that if you’re looking at the ledger of Western civilization, for every flourishing democracy, you have Hitler and Stalin as well."

After the segment aired, Hayes tweeted that he should have spoken up more following King’s comments.

1. I was pretty taken aback by Steve King's comments. I probably should've blown through beak and let @AprilDRyan respond. But...

King is no stranger to controversy. His comments have gotten him into hot water in the past.

Earlier this year, King rigiously lobbied against adding Harriet Tubman to the $20 bill.

In 2013, he made waves when he said that for every immigrant in the country illegally who becomes a valedictorian, “there’s another 100 out there that weigh 130 pounds, and they’ve got the calves the size of cantaloupes because they’re hauling 75 pounds of marijuana across the desert.”