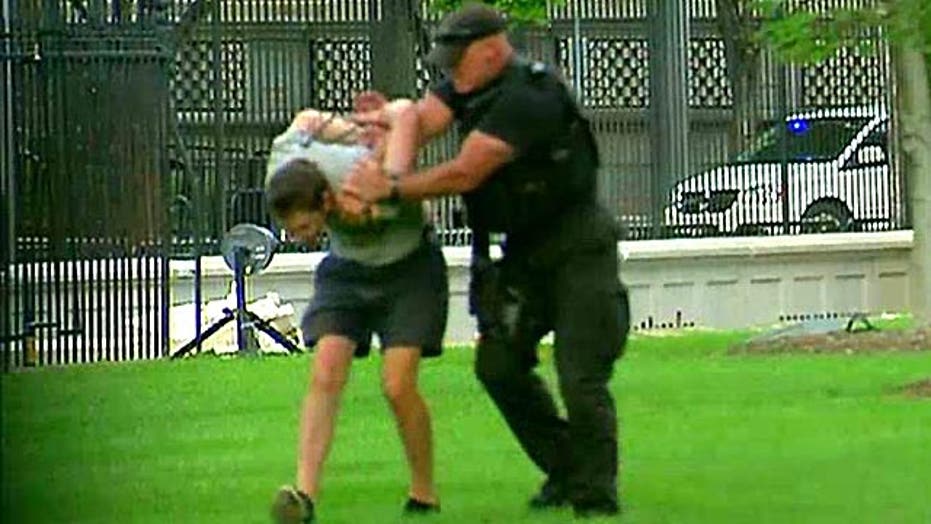 Rep. Peter King said Sunday that he expects the House will hold a hearing on the weekend incident in which a man carrying a knife got inside the White House front door before being apprehended by the Secret Service.

According to the complaint filed in federal court, 42-year-old Omar J. Gonzales, of Copperas Cove, Texas, had a concealed black folding knife when Secret Service agents apprehended him inside the north White House door that faces Pennsylvania Avenue.

King, R-N.Y., said he was “sure” Rep. Mike McCaul, chairman of the House Committee on Homeland Security, would hold a hearing.

“I have great respect for the Secret Service, but this is absolutely unacceptable,” King told “Fox News Sunday.”

The incident occurred at 7:20 p.m. Friday when Gonzales jumped the White House fence along Pennsylvania Avenue, crossed the North Lawn and got inside the unlocked door before being apprehended by a Secret Service agent.

President Obama, his two daughters and a friend departed just minutes earlier in helicopter Marine One from the South Lawn for a weekend trip to Camp David. First lady Michelle Obama had already departed separately to the western Maryland presidential retreat.

Agency Director Julia Pierson on Saturday said White House security and surveillance had increased overnight and that she has ordered a full investigation of the incident. The findings will be submitted to Homeland Security Secretary Jeh Johnson.

Among the unanswered questions is how Gonzales, who served multiple tours of duty in Iraq, was able to get inside the White House before being stopped by an agent or a police dog trained for such situations.

In addition, the agency reportedly said agents didn’t shoot Gonzales because they thought he was unarmed.

King, a member and former chairman of the chamber’s Homeland Security committee, said he also expects McCaul, R-Texas, will “make sure” the recommendations from the internal Secret Service review will be implemented.

The security breach was followed less than 24 hours later by a New Jersey man driving up to a White House gate and refusing to leave.

The incident Saturday occurred at about 3 p.m. when the man -- identified as Kevin Carr, from Shamong, N.J. --  approached one of the White House gates on foot. He later showed up at another gate in a car and pulled into the vehicle screening area, said agency spokesman Ed Donovan.

When Carr refused to leave, he was placed under arrest and charged with unlawful entry.