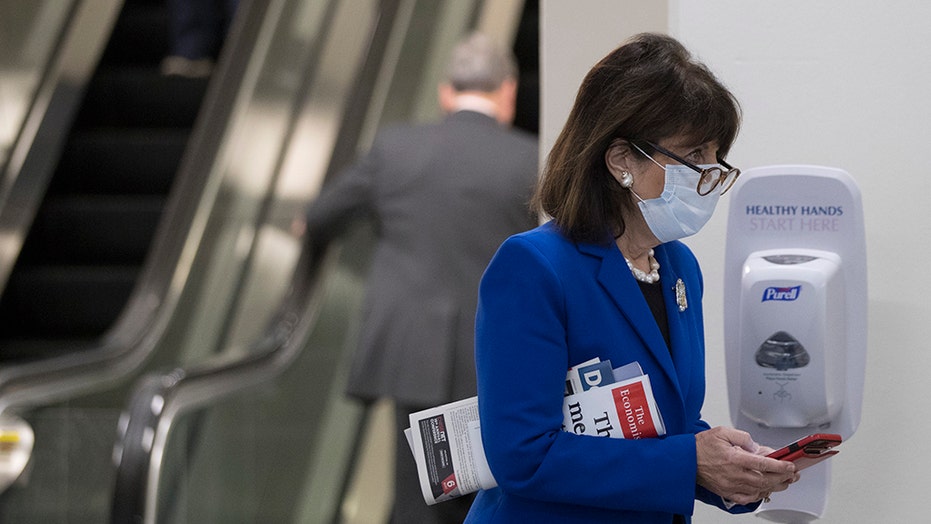 Rep. Jackie Speier, D-Calif., is urging officials at the Capitol to ban the longtime practice of allowing congressional lawmakers to sleep in their offices at night in light of the coronavirus pandemic.

In a letter to Brett Blanton, the architect of the Capitol, and attending physician Brian Monahan on Monday, Speier pointed out that 17 construction workers in the Cannon House Office Building and 12 Capitol police officers have tested positive for the infectious disease.

"If members slept in their offices during this time, they likely had a greater chance of exposure and exacerbated the public health risk of coronavirus," she wrote.

Speier also alluded to reports in recent years that up to 100 members of Congress live in their offices in the nation's capital, calling the practice "unprofessional, unhygienic and even unethical."

"It raises questions over impropriety and safety if staff members come to work early and stumble upon the members in pajamas or getting dressed," her letter reads. "The legislative office belongs to the constituent, not the member."

Some lawmakers chose to sleep in their offices in an effort to save money on living space in Washington, which has a notorious high cost of living. Some Democrats have called for prohibiting lawmakers from turning their work spaces into living quarters. Many use showers and gyms inside the Capitol.

“Sleeping in your office is not proper’’ ethically, either, Thompson added. “You get free cable. Free electricity. Free janitorial. Free security. No rent. It’s a heck of a deal. It probably comes out to $25,000 to $30,000’’ a year that isn’t claimed at tax time.

Aside from sanitation issues and possible embarrassing encounters with staff, much of the criticism stems from the $174,000 salary lawmakers earn annually. Some have partnered to rent homes and split the rent.

Rep. Paul Gosar, R-Ariz.. fills up an air mattress at his office in the Cannon building in Washington in 2011. (Photo by Matt McClain/The Washington Post via Getty Images)

On Monday, House Minority Leader Kevin McCarthy, R-Calif., touched on the number of congressional staff required to come to work once lawmakers return to Washington.

"When you're dealing with living in offices, they're going to be in the office themselves I think you'd probably have to change the aspect of the number of staff that could come in," he said during a virtual interview with Politico Playbook. "You're going to have to deal with much fewer staff, or not sure if you're going to have that many at all only in committee and being able to take care."

Speier argued the practice needs to be reviewed, as House members are expected to return to session next week after a two-month recess.

"It's highly possible that other communicable diseases have been transmitted more rapidly due to Members living in their offices," she wrote. "House offices were never intended to become homeless shelters for Members and it is high time we stop tolerating the practice."