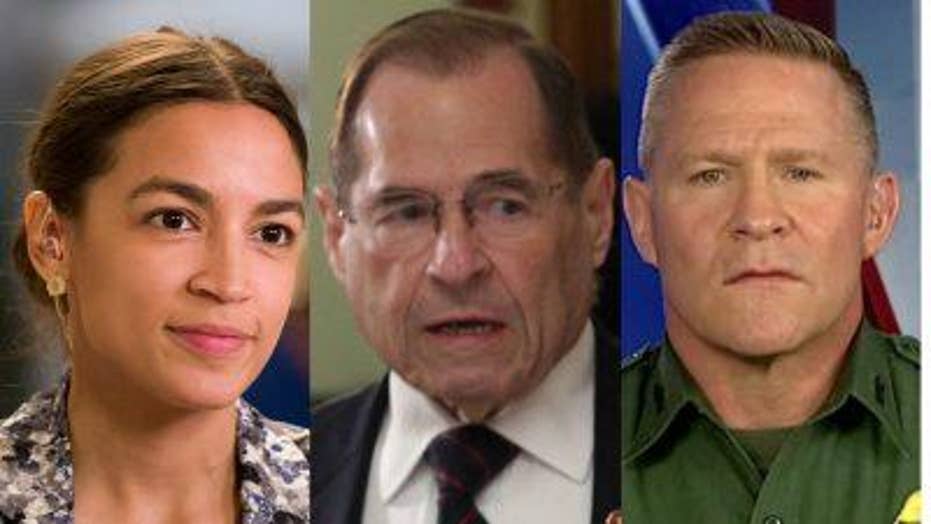 Rep. Ilhan Omar, D-Minn., sounded off on Custom and Border Protection (CBP) on Wednesday, calling for its elimination.

CBP has been under fire over alleged conditions at detention centers along the southern border. It has also taken heat over revelations involving a Facebook group where Border Patrol agents made derogatory posts about immigrants and certain lawmakers, including freshman Rep. Alexandria Ocasio-Cortez, D-N.Y.

Appearing on the BET digital series "Black Coffee," Omar grouped CBP with other "rogue agencies" lacking in accountability and transparency.

"We know that they have spoken in the most vile ways about immigrants. We know that they have certain views of what brown and black people deserve," Omar explained. "And so we should be having a conversation about eliminating their existence [and] reforming the agencies that deal with the most vulnerable, who are children and women."

She added, "We are continuing to allow for them to terrorize people who are running away from the most horrific circumstances, and that's... inhumane and that can't sit well with the American values we have ... about dignity and humanity."

Omar previously called for the elimination of Immigration and Customs Enforcement (ICE). She also backed Ocasio-Cortez's claim that the U.S. is essentially "running concentration camps" along the southern border.