Rep. Ilhan Omar, D-Minn, is backing her freshman colleague, Rep. Alexandria Ocasio-Cortez, D-N.Y., over the claim that there were "concentration camps" along the southern border, saying what the U.S. government is doing fits the "general definition."

Ocasio-Cortez created a firestorm during Monday's livestream by declaring that the Trump administration was "running" concentration camps, invoking the Holocaust-link "never again" saying and claiming that a "fascist" presidency is currently in office. Amid backlash, the congresswoman insisted that she wasn't referring to Nazi concentration camps, but doubled down on her terminology.

During a Thursday interview on Public Radio International, Omar echoed Ocasio-Cortez's stance and defended the term and noted the separation of "death camps."

"When you look at what is taking place, people are being put in camps. And when you think about the definition, if we separate it from death camps, I would say these are camps and people are being concentrated in them. And so that's the general definition," Omar said. 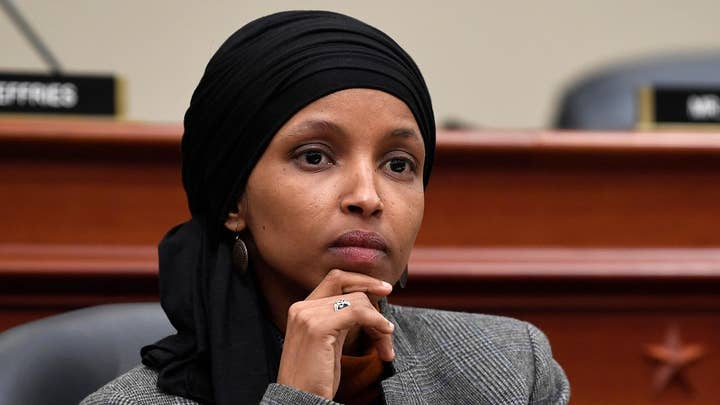 Earlier this month, Omar claimed that it was "un-American" for ICE to detain illegal immigrants and called for the agency to be defunded.

Ocasio-Cortez has received plenty of blowback from critics but has been heavily defended from progressives as well as liberal journalists, who point to concentration camps that predate the Holocaust and their existence afterward.